A Forest Of Stars

Awoke from typhlotic silence.
Awoke from mind inearth.
Conscious enveloping, sick feat over.
To the shock of the white-coated,
I returned undefeated from whence others fear to tread.
Time to fling another barrage at desideratum...
Last rites retracted.


So I'm trying to remember where
I was when
I lost sight of the flickering sun.
Perhaps to recall, the beginning of the downfall of it all... the rainbow drain-bowed.
Ember's colour became as grey, on the day when perspectives lengthened.
When what had seemed before to be so far away became to me so shockingly, starkly, clear.
Face down in ash, choking in frenzy (soon to become a meal for the many).
photos 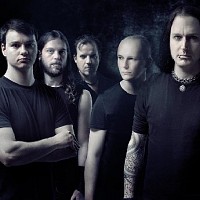 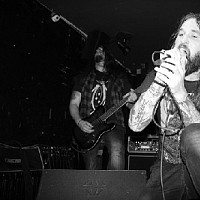 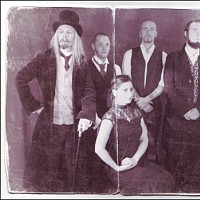 As smiling eyes to glittering ice worm voices rising through all this putrefaction.
Awaiting loss in less than resignation, to finish the start a tempting frustration.
Fully expecting subterfuge, in a place of no refuge.
No last chances for this sleighted hand.
Away, away lying through the last stand dead heat, soul on ice
all wishes wasted... ...dreaming pure horror.
Lie, lie, lie, lie, lie, lie
Painting out cracked windows of the soul / in misty midnight black
Serrated blades of silver hatred / ragged cuts pissing blood Torn through gossamer thin desire / all hope and fear feeding funeral pyres
Whatever passed for colour / has now passed on.
Spider amongst the bar flies,
Sinking sorrows as oceans rise, and fallen angels fall further!

A Forest Of Stars lyrics