Are You a Rebel ?

Swimmin' in s... I've got all on command
Always, everywhere I've got something to do,
The screams of blockheads - almost shootin' the dead
Oh! What's the stink, revolutions in my brain!


On one command we wake up, we're a mob
Followin' the madmen we bleed by our eyes,
And one shout gives us a dream
A big problem we've got - can we dream or not?!
His stupid snout and arms like a buffalo
His carrion will fill up empty spaces in a battle - array
Curses like a bandit and leaps at the wall
Notorious fool - automatic uniform
photos 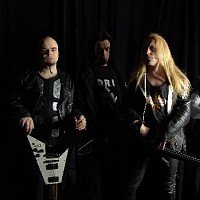 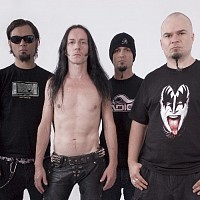 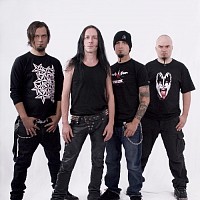 He knows so little, but here he's the law
He didn't make efforts to get on my nerves
I hate his laughter, it isn't sincere
He reacts to command - an animal intellect.
They talk about it and try to frighten
They talk about that - delude by rewards
My carrion will fill up this empty place
I'll stay unknown - driven into concrete.
I'm a shooter and a target, I'm a hero - killer.
If I kill more I'll get a monument
I'll die with desire, I got their word:
Fire will burn over my head!
Chorus: Barmy Army, Dead Army, Barmy Army, Shadows Army.

Are You a Rebel ?