Share
Shock of the claws against the rock ! Foam of the chops, mad eyes... Race under the ghostly moonlight! How many deaths tonight?
Bear runs, pack holden strong in jaws, the three wolves on his traces, eagle in the sky.
Barely born, the twins have enemies, but also protectors.
Saneday, Saneday!
Magic of Ledoras runs in the clearing, the wolves don't stand a chance.


Destiny is building up... Saneday...
photo 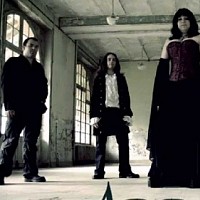 The bear knocks one out, kills the other two, but the first is back up, and lurks around the twins... The blood was shed, drapes were covered; the children smile with reddened hands…