Slaves of Our Nature - lyrics

Ghoulish images, a ritual of flesh, candles enlightening the blood
Mephitic stench emanates from the bodies; I am levitating where I should not be
Kings, presidents, leaders of the world, gathered they say they are paying the fee for
The knowledge, the power, everything they know, they’re grateful and they’re paying back with blood

I listen them talk, they say they made us in their resemblance, we look alike, we think alike, we are evil from inside
There´s no room for dreams in a mind with fears; we mustn’t let the people know the truth
Let them fear the unknown! Let them fear death!
“Retaliate the scientist”; the orders from the reign; this has now become so real.
Leaders carrying out the will of evil monsters craving for flesh and blood
We are building a violent machine, fueled by corpses; it’s called democracy
photo 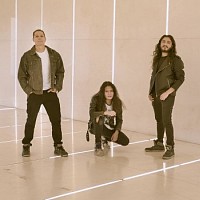 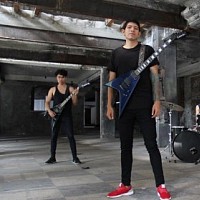 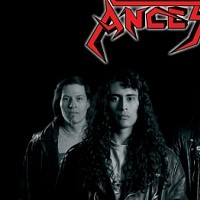 They said something about a project that went wrong
Then one of them took off his mask
We are slaves of our nature
Their ambassadors: inter-dimensional
They promised humans immortality
But our leaders are the ones who will survive