I’m livid when, the gimmicking wins
From beginning to end, no gimmick;
If I rap it, dude I live it then
And you can’t do it, so ain’t no need for mimicking
I’m not innocent. I’m on a mission, so let me finish it
Matter of time before they summon the army in
I’m probably on the FBI’s most wanted list
I’m probably going to end up hung like an ornament
I’m on a life mission to abolish all the government


It’s dumb and I’m beyond pissed
So we’re going to cut to the chase and get rid of metaphorical nonsense
None of that eloquent bogusness
I want you to know what it is sucka kid
Y’all people keep voting in
They rob, kill, and steal by the day
I’d be a buffoon to trust the state
You’re a tool and fool. Just keep taking the bait
Making mistake, after mistake, after mistake/
Believe me, this ain’t the typical
“Oh the government’s corrupt.”
Bro, that’s too easy
You gotta take responsibility because you willingly
Give power to the state,
When it’s the state that is your enemy
photos 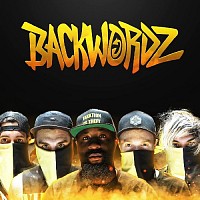 Stuck on stupid, you gotta be on it
Cry about violence but they got a monopoly on it
And you keep on buying in to what that man say
Not knowing that every mandate, just expands the state
Look around tell me what you see, because it’s..
Coming down, coming down. Are you listening?
Stop and look. This is what I mean:
It’s going down. It’s going down.
Look, it ain’t really hard to keep up
The politician just hypnotized you with free stuff
More and more statism, and y’all people just eat up
Yet crying and you’re protesting
About how the police suck
Y’all don’t get no sympathy from me
Because that’s the bed that you made
So you gotta lay
More inconsistent by the day
Making mistake after mistake after mistake
At some time you gotta realize
That the same crap
That you despise might be your demise
And I’d advise that you become
More knowledgeable on subjects
Like economics that benefit
Not memes on the internet
So when you’re mad and you get so combative,
You gotta step back
And take a stab at your voting habits
The average man don’t understand that he don’t know
You can be free or be a slave, but you can’t be both.
Open your eyes
The state you’re in, is a state of mind.
Freedom disguised
The state you’re in is a state of mind
So they’re wanting a savior?
Yet everyday, we go through voluntary exchanges
They say “who’s going to build the roads?”
Without taxation
So you give them a reason to confiscate my payments
And that’s exactly what the state needs
for you to think you need them. But it’s fake, see?
Maybe you’d see that they
Are what they swore to prevent
A monopolized corporation, it’s called government