Share
Take care - yeah here´s a warning for you
it´s the final one I told you
Do not step no further - DANGERZONE!
Don´t dare to go on, mind your trace
Take care it´s getting serious
Beware - cos it ain’t safe this place
Get out...


I don´t mean an invasion but a private mission
I don´t talk about Iraque
Everyone among us gotta fight his own wars
smaller scale but still alone...
[Chorus:]
In a DANGER ZONE...
You´re lost and gotta face it on your own
No time to waste and far from home
There was no sign, but you´re out in a DANGER ZONE
left out there, fighting on your own
photo 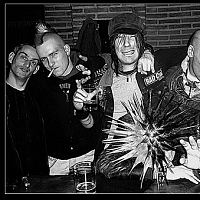 Red Alert - cos foes are all around you
Every minute counts now for you
Every steps a risk here - DANGERZONE!
Game´s on - pray you´re not found out here
Trust none - you’re on shaky ground I fear
You’re done with any false move
Carry on...
Everyone among us gotta fight his own wars
I don´t talk about Vietnam
I don´t mean invasion but a private mission
smaller scale but still alone...
[Chorus:]
In a DANGER ZONE...
You´re trapped and no one´s gonna help you now
No sign has warned you where you go
You´re lost out there, you´re fighting all alone
for survival in a DANGER ZONE