Share
There's a switch, I flip, emotions cut off
So cold I done froze my butt off
And this ain't even the tip of the iceberg yet
It's like squirting a squirt gun in the ocean, fuck off
Other words I didn't put a dent in a can compared to the damage I've yet to do
Long as you still have feelings to hurt, I'll be around as long as you let me get to you
Long as I got two balls to palm, I'll be the bomb, you're just a false alarm
Get scared little pissants, and see if I don't come along and stop your farm
Thunder and lightning, rain, hail, sleet with a tornado's the kind of brainstorm I get
So when the wind starts blowing, shit, talking about goin' in?
Goin' insane's more like it!
Wizard of words when he he spits hazardous with it
Like a disastrous blizzard so you better listen quick fast don't miss it
Yeah go ahead little prick bastard, diss it
But when you get hit with a sick ass explicit flow
Don't ask how much of his passion is it that goes
Just know, that all he knows is this
It's better to kick ass than kiss it
Dick dastardly of audacity mental capacity
Unmatched it has to be stopped
But it can't be, but man I can't just keep doing them like that
Or no one will rap with me
'Cept one, you asked who is it?


[Verse 2: Royce da 5'9"]
Guess who just came through the blast, you bitches
With the ratchet, the book of mathew, a book of matches
Lightning, I'm? white linen
You about to have to admit it
They pass you the mic, asked you to spit it
You got handed your own ass, your ass in your own hands
Sure they gonna laugh when you go the bathroom with it
Now with what would you come against us?
Better be something with a big foot pedagree
Easily these are the reasons that we need to be in your prayers
Each region breed some emcees that wanna be, which means they wanna breath our air
With these ideas, anybody thinkin' that the game don't need
The bad and the evil regime
That's like saying that bad boy piston team didn't need isaiah
[Verse 3: Eminem and Royce da 5'9"]
[Eminem:]
Sip piss and bleed, this is a different breed of emcees, I swear
Better be aware, there's too much at stake, and to find someone this raw on a beat is rare
You can kiss my ass and the shit stains on my underwear that I don't even wear
[Royce da 5'9":]
This gotta be no fair, this like hittin' the lottery, oh yeah
Who you know hotter? there gotta be no pair
Shotty that I got a lobotomy, your hair
Classic, smack it, smother it, read it and weep and perhaps you'll have no rebuttalin'
In fact, you seein' me in this rap is like saying tila tequila can sing like jasmin sullivan
[Eminem:]
Back to badge her skull again, push a bitch out the aston until I get the fuck outta dodge
Shouldn't have to explain my metaphors?, color books that ain't colored in
Second and third, fourth wind, gotta another win
Here they come again, none other than, bad and evil
Also known as sadam and osama bin
It's been a long time, but I bet neither one of us have felt as sick as we do right now
And we only get iller with time, me and nickel fucking shit up on the grounds
Tellin' us to pipe down, it's like talking to a meth head (get it? pipe? meth head? oh hilarity!)
Bruce willis on his death bed, last breath with an infection
Fightin' it while he's watching internet porn, about to meet his death with an er******
My god, what I mean is, david carrideine jacking his penis in front of his tripod
Choking his own neck, what part you don't get?
I'm saying I die hard!
[Royce da 5'9":]
When you listen to my bars, nothin' but the f-I-r... e
Comin' out your ipod, we come up in a place
Chicks heads start spinning like motherfuckin' white walls
[Eminem & Royce da 5'9":]
Got your mother suckin' my balls while we fuck each other, punch each other in the eyeballs
And I never say I'm sor... ry, the 5'9 and the fire marshall
We spit with an intensity to shut shit down in the industry
Two different entities, with a propensity to put these n-u-t-s
In your fucking mouth
photo 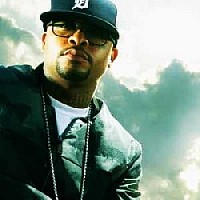 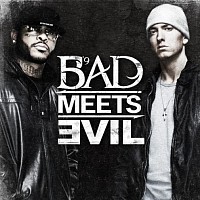 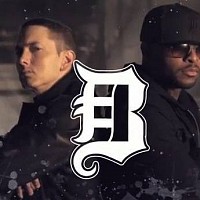