[Intro: Eminem:]
Ay, you
This next song, is a true story
(Come here slut!)


Cause some things in this universe, don't make sense
But somehow always seem to fuckin' work
[Verse 1: Eminem]
Driving down 975, about to hop on 696
I look over, this fucking chick's tryina' fix
Her makeup, I'm like bitch?
You ain't a plastic surgeon, I advise ya to put up your visor
I'm getting kinda ticked, you're blocking my side mirror
She's like yeah? so? I'm like so?
You gon' need a stich you keep actin' like that, ho
I look like your husband slut? That's a rhetorical question
You talk to me like you talk to him, I'll fuck you up
In fact, get in the backseat, like the rest of my dates
No bitch rides shotgun, what? Taxi?
Stop and pick you some Maxi Pads up?
Is that what you actually ask me?
Bitch reaches over and smacks me
And says I annoy the fuck outta her
Get in the fucking back, put on your slut powder
You slut, what? Shut the fuck up now, or get your feelings hurt
Worse than my last chick, when I accidentally butt dialed her
And she heard me spreading age rumors about her
Turn the radio up louder, make it bump
While I thump that Relapse CD, tryin'a hit every bump
In that... till I snap back in that accent
Cause she kept asking me to stop callin' her CUNT
I SAID THAT CUNT
photo 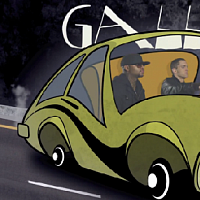 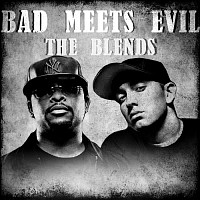 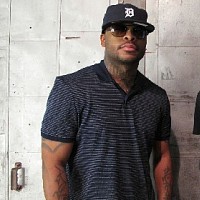 [Hook x2: Eminem]
She said, Marshall you ain't really like that, oh oh oh
You wouldn't wanna show [?]
Cause you're breaking my heart, you're breaking my heart
[Verse 2: Royce Da 5'9"]
Uh, pull up to the club in a Porsche, not a Pinto
While Marshall's at a white trash party, I'm at drama central
I walk up in there looking at my phone on twitter tweetin'
I'm feelin' a bunch of bitches lookin' at a nigga, cheesin'
I get approached by this little skeeser
She asked me if I'm the real G, cause I'm Gucci from head to feet
I said, yeah, I'm really is, cause I spit in your man's face
Like Camden, that little kid from...
She said I'm feeling a bit of ego
Wait, am I talking wrong?
I said nah, I'm a walking Kanye/Beyonce song.
She said I'm mad at you, I said why?
She said why you never make songs for chicks like it's hard to do?
I said I make songs for me, leave the studio
And go and fuck the bitch who belong to [?]
She said I'm feelin' your whole swagger and flow, can we hook up?
I said, eh, you just used the word swagger so NO
[Hook]
[Verse 3: Eminem]
We been ridin' around in this hatchback 'till I'm fucking hunchback
Where the fuck's this party at slutbag cunt? Cut what act?
Think it's an act? Fuck that, I'm tryina' [?] finest loveshack
Or somewhere to fuck at, eh? Don't touch that
You fat dyke, I'm tryina hear some Bagpipes from Bagdhad
Don't act like you don't like em', them accents
I rap tight, and I'm a torture 'till we find this place, yeah that's right
Thought it was just past this light, past Van Dyke
Better hit that map right, read them directions
Oh yeah you can't read, and you can't write
Told me that last night, she took my CD out the deck
Snapped in half like, Relapse sucked
I snapped, hit the gas like, blew through the light
Spun out, hit a patch of black ice
Forgot we had a trailer hitch to the back
We jackknifed, bitch flew out of the car
I laughed like, she deserved it
She didn't think I'd act like that in person
(Yo, Royce, Marshall just crashed right in front of the club!)
[Verse 4: Royce Da 5'9"]
Tell him I'll be there in a minute, I'm tryina break up this cat fight
Between my mistress and my damn wife
Then a chick wanted a hug, but she was fat
So I gave her that and told her to scat
I'm not mean, I'm [?]
On my way to the front door, taking the scenic route
To avoid this chick with a lace front
Lookin' like Venus and Serena's hooves
I'm jus' sayin', those chicks got horse asses, they been attractive
Hope when they see me they don't slap me with they tennis rackets
My mind drifted back to this shit
I seen my wife push her down, step over her body, and smack the mistress
Police outside, I turn and pass the gat to Vishis
Then I step out and see my evil twin
He gives me an evil grin
He mugs the mistress, turns around and gives the misses hugs and kisses
Looks at me twisted, like Nickel "watch this shit! "
He smacks the dentures outta the mouth of the fat bitch he rode with
Looks back to mention, "Royce, it's good to be back to business"
[Hook]

Video was added by MiShulkaa