I never thought that words like product could ever leave my lips,
but something happened to me somewhere that made me lose my grip.
Maybe it's a lack of inspiration that makes me stoop,
or maybe it's a lack of remuneration; I can't recoup.
But if you want it folks, you got it;
it's all right here in my box set.
Disc One
It's where we've begun, it's all of greatest hits,
and if you are a fan then you know that you've already got 'em.
photo 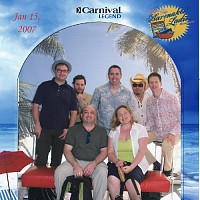 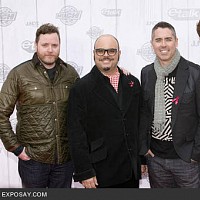 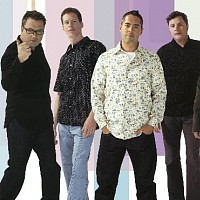 Disc Two
It was all brand new, an album's worth of songs,
but we had to leave the whole disc blank 'cause
some other label bought 'em.
Disc Three
This is really me in a grade school play;
I had about a hundred thousand lines but of course I forgot 'em.
I never thought there'd be days like this, there was always someone at my door.
I never thought I would ever miss, and the crowd would always holler for more.
But now it seems all that people want is what I used to be,
and every time I try to do something new,
all they want is 1973.
I never thought I'd be regretful of all my past success
but some stupid number one hit single has go me in this mess.
You can put it on every compilation - that's alright.
You can hear it on the oldies radio station every night.
And if you want it again, you got it-
it's right here in my box set.
Disc Four
Never released before, and you can tell why.
it's just some demos I recorded in my basement.
Disc Five
I was barely alive, I was coughing up a lung,
so they had to use a special computer as my replacement.
Disc Six
A dance remix, so I can catch the latest trend
and it'll make you scratch your head and wonder
where my taste went.
So now my fans are crying sellout,
they say that I've lost my touch.
They say I should just get the hell out before I do too much.
Hear my songs in an ad for a bathroom cleanser -
they say it's greed,
And now I'm wondering where my friends are in this time of need.
But if you change your mind and buy it,
I hope you enjoy my new box.
I hope you enjoy my new box,
I hope you enjoy my new box set.

Lyrics was added by hody

Video was added by aknel95