Bitch, you're just mad
You think you know me and you don't
You don't know the real-life situations I've been through and what really goes on in my life
All you know is what you see
Don't believe everything you see on the internet
I'm just tired of everybody's opinion
Like y'all need to just hear the real story
Stomp that bitch


Finally reached out to my dad
We met at the mall on some other shit
Pissed off by his tattoos 'cause they had the names of his other kids
Like fuck me, I don't exist
And you actin' like I'm s'posed to praise you?
My whole life you bought a pair of J's
Now you think I'm s'posed to say, "Thank you"?
My mom was pissed, I was sellin' pills
Couldn't even afford rehab
So she put me on Dr. ****
Got on stage and fuckin' blacked out
I look up, I'm in a ranch now
Did four months in solitary
Bet that y'all know it ain't a act now
Fuck it, hit a ho with no bars
I remember seein' Clay kill a staff member, Jimmy with a crowbar
They fled the scene in Alicia's car
Came home jumped on the scene
I look online and I'm a fuckin' meme
Said I'd shoot my mom, I on't go fuckin' mean
You don't know what I seen
What the fuck you mean?
I took all the pain in my heart
Carried that shit to the charts
Even when they protested, I still got more blessings
I never dissed my mom to get some attention
Take a second and listen
'Fore you give your dumbass opinion, you bitch
You ain't seen nothin'
You don’t know what I’ve been through
You haven't been there with me
So don't tell me what I went through
Don't tell me that I disrespect my mom for the fuck of it
Don't tell me I’m just bad for the fuck of it
Bitch you don't know my life
You don’t know what I been through
Unless you were there with me
You can't tell me nothing ho
photo 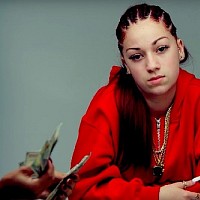 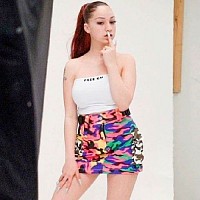 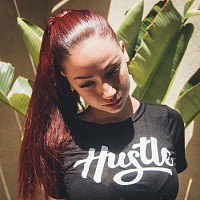 Lyrics was added by pestova_b

Video was added by pestova_b