Okenspay Ordway I (Aka Things I Forgot to Tell Mommy)

Share
Me and Neina, were just kind of walking around, ya know.
It smelt like wet leaves, felt like autumn
my favorite time of year. Even though it was January.
We went into this antique store,
and I was lost looking at all the laced pillowcases
and feeling the pearl collars with my fingertips.


Neina said that one was her favorite store ever.
She promised she would take me back
there when I had money.
We left and continued down the street
when we first heard ita crying coming from a cardboard box.
I was getting goose bumps. I grabbed Neina's hand.
You know me I get all sappy and stuff
when I watch those Ryder institute commercials
and cry and Robin giggles at me cause I'm silly.
We peaked in the box and we were astounded,
orphaned teddy bear sit seemed like millions,
but there were probably five or six.
Then we saw her... the bear in the red velvet dress
she was crying cause it was crowded in the box..
photo 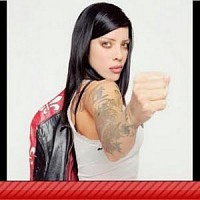 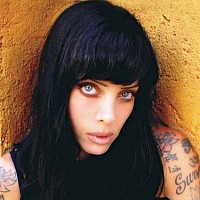 I knew why I could just tell that's all.
I told Neina I wanted this bear, and Neina was giggling.
I went in the shop that the box of bears was infront of
and asked the man if I could have her.
I paid him three dollars and joined
Neina outside the store with my new treasure.
Neina asked me what I was gunna name her,
and I told Neina I wanted her to name the bear
ISABELLE she said with a big smile, just like that.
By god she was right, it was the perfect name, Neina,
ISABELLE, and I continued down the street,
and ate our cookies and giggled and squealed,
and kissed until I had to catch the bus home.
I sat on the bus with ISABELLE on my lap;
contented I couldn't wait to get home.
Me and Neina had such a nice day;
the bus stopped at the next stop
and a old man with an un-shaven face,
and old hat covering his fuck'n horns, got on.
He stopped and looked at me in my seat
My god he growled a teddy bear at your age!!

Okenspay Ordway I (Aka Things I Forgot to Tell Mommy)