The Rape of Nanking - lyrics


"Kill All Captives".
Instantly the Japanese soldiers begin to rape and kill on sight
The Rape of Nanking
photo 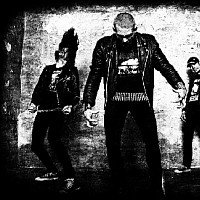 300.000 civilians killed during a six week reign of terror
80.000 women raped to death including infants and children
Disemboweled, breasts chopped off, byonettes stabbed up their vaginas
Fathers forced to rape their daughters, sons forced to rape their mothers
Mass execution in the "Ten Thousand Corpse Ditch"
Those still breathing are burned or buried alive
The Yangtze River is filled with dead bodies
The officer's idea of fun: Decapitation competition
The Rape of Nanking
A true hell on earth
The Rape of Nanking
The forgotten holocaust