Share
Pc: Hello patient 24602
Bo: Hi. I'm sorry.
Pc: How are you feeling?
Bo: Not great
Pc: Has the treatment been working?
Bo: No, it hasn't been
Pc: What are your remaining symptoms?
Bo: I just- I internalize my feelings a lot. I have trouble articulating how I'm feeling to other people. I feel like I just-
Pc: So basically you're still a little bitch
Bo: Yes, very mature of you disembodied voice, up there
Pc: I was just joking, nigga
Bo: We are right by open, carefully with that shit
Pc: I'm not human I can say whatever I want
Bo: Okay, just let's get to the point. What's wrong with me. Please.
Pc: Your emotions and your logic are at war.
Bo: OK
Pc: Your creativity and your analysis are at war.
And most simply, your left and right brain are at war.
Bo: My left and my ri-
Pc: To fix the problem we must separate them from each other.
Bo: Sep-
Pc: Splitting your neurological functions in 5... 4...
Bo: Can we book an appointment or something?
Pc: 3...
Bo: You just don't start counting down to major medical procedures
Pc: 2... 1
This may hurt a bit
Bo: I don't even know what 'it' is
Pc: 0
Bo: Just-
Pc: Isolation complete


Pc: This is Bo's left brain, objective, logical, cold, analytical
Aware of patterns, aware of trends, he's efficient, and a prick
Pc: This is Bo's right brain, subjective, creative, sensory
Aware of feelings, aware of people, he's emotional
(L:) Yes.
Pc: and an idiot
(L:) That's your opinion-just careful with opinions
Pc: Okay boys play nice
(L:) I am the left brain, I am the left brain
I work really hard 'til my inevitable death brain
You got a job to do, you better do it right in the right way is with the left brains might
photo 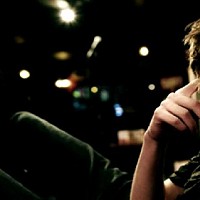 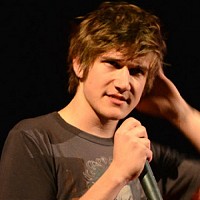 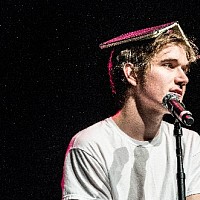 (R:) I like oreos and pussy yah! (well okay)
And I cried for at least an hour after watching Toy Story 3
I am the right brain, I have feelings,
I'm a little all over the place but I'm lustful and trustful and I'm looking for somebody to love... Or put my penis in
(L:) Here comes a female, here comes a female
Puff your chest. I'll take your phone out and check your email
Or evolutionary purpose is to repopulate
So gather data now and see if she's a possible mate
(R:) Holy fuck I think she might be the one, there's something about her, I just can't describe it
(L:) Tits
(R:) I am the earth, she is the glorious sun
I want her to trust me and I just want her to- sit on my face!
(L:) Alright now right brain you're being insane
(R:) No left brain, I'm just being alive
You should try it, you might like it
(L:) I worked hard to give him everything he cared about
You were worried about the things that he was scared about
I'm calm and collected when you act wild
I am the adult, you are child
(R:) You think you're the right one every time
You think you know everything but you don't know anything at all
Half of his problems were supposed to be mine
But you wanted everything.
I hope that you're happy 'cause he's sure not
(L:) Well according to my calculations, you're a pussy
(R:) Name calling? Really? We're gonna do name calling?
(L:) I'm not calling names alright, I'm just stating facts alright, the fact is you're a quivering pussy
(R:) I'm the pussy? Really? Well at least I don't play with toys still
(L:) Rubik's cubes are not toys alright, they keep my spacial rethink skills sharp
(R:) Left brain plays with toys!
Haha, look at you, Johny fucking... you're a toy player
(L:) Well at least I did my fucking job, all. I kept him working, I kept him productive
You were supposed to look after him
You were supposed to keep him emotionally stable for all this
Now you're trying to blame me for how he's feeling, how he's feeling!
If he's feeling unhappy it's because you failed him
You did this to him, he hates you, I know he does, he fucking hates you!
...
Right brain, look, I'm sorry, okay?
(R:) No, you're not
(L:) Look, maybe there's something we could do together
(R:) Together?
(L:) Take the best parts of both of us and put them together
(R:) I'm listening
(L:) It would let you let your feelings out, it would let me analyze
So you could man the themes; I'll man the form.
It's something that George Carlin did, it's something that Steve Martin did
It's something special that we could both perform.
Do you know what it is?
(R:) Juggling, we could juggle, and juggle our cares away!
(L:) It was comedy, we could do comedy together.
Pc: Initiate reassembly
(L:) All right, right brain we're gonna do comedy together, we gotta do comedy together
(R:) All right, left brain I'll do comedy with you
(L:) Look, we can fix him like this- we can make him happy again. I promise
Pc: 5, 4, 3
(R:) Left brain... left brain, I love you
Pc: 2
(L:) I know
Pc: 1. Experimentation complete

Lyrics was added by d.koko

Lyrics was corrected by SaskieSasaki