He saw Mars but he felt Neptune
He had hoped to feel a certain strong emotion
But this is all they had to say:
"I was the son of a man, and so
We came together and we shook hands."
"We shook hands."
He often wondered what a million people
Would look like scattered randomly
Across a moonless sky, and how unlikely
It would be that they would all just
Say the obvious thing:
"You may call me brother now."
"Yes, brother, I know."


He is forty two
Five-feet-eight-inches tall
Normally wears his curly hair long
He has a ruddy complexion, broad
Shoulders and is barrel-chested
Is unusually strong
He frequently wears a full beard
And sometimes glasses
He is a college graduate
A talented artist, and sculptor
Now, Maps is a soft-spoken loner
Who resents society and all organizations
Maps fancies himself a ladies' man
He is an avid chess player
Smokes cigarettes, and a pipe
He is a beer drinker and loves to eat
Maps is a man of widespread interests
Who might very well be living abroad
He felt lost be he felt pretty intensely good
And he woke up screaming having dreamed
Of a color he had never seen before:
"I went to bed and to sleep, it was so
Unexpected, it really was frightening
And I saw pretty much the same thing
Embedded in my pillow."
He had no trouble recognizing patterns
In the most delicate arrays of tangled lines
But he had a strange fixation on partaking
In nefarious things:
"Stealing, lying, cheating, gambling
Fornication..."
photo 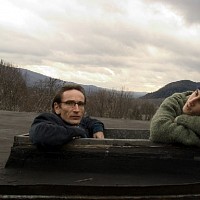 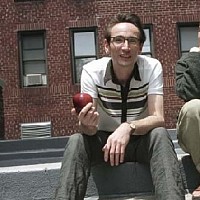 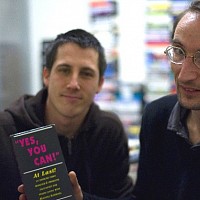 He saw red, but he thought five
He was pleased to find his road trip
Was enhanced by number-color synesthesia:
"My trusty Rocinante bounds along the road
Very well, leaving the friendly aroma
Of donuts and chicken tenders
Hanging in the desert air."
He willed away the miles while quixotically
Attempting to reclaim his inner child
He was embrangled and enmeshed in
Something far too loud to comprehend:
"I want all of the American people
To understand that it is understandable
That the American people cannot
Possibly understand."

Lyrics was added by Sigur