Lookin' out across the crowd, see painted faces all around me,
Movin' to that shit I'm sayin', bouncin' to that bass that's poundin'
Y'all know my lyrics, spit that shit just like you fuckin' wrote it,
Never can deny a Juggalo's the one that's most devoted,
I see y'all on the streets and reppin' for they common scrub,
Hatchetman on windows tinted, reppin' for that family love,
Up in the mall with my kids, and y'all don't know it's Dox,
Still you see the chain, the tat, a shirt, and stop to show the props,
Walkin' to the Conoco, grab some shit befo' the show,
Parking lot of hatchet rides, I see that line of Juggalos,
It's world renown, the Faygo flyin', screams of family,
I love y'all muthafuckas y'all the ones that set my soul free.


[Chorus (x2):]
You can't hate us 'cause,
We don't give a fuck,
Bump that wicked sound,
Rock a fuckin' hatchet and we represent the underground.
I see some shit don't change, haters voicing every minute,
They see the paint, the clothes, the 'Los and they don't fuckin' get it,
I see the news, and read reviews, and start the loadin' blocks,
Bitches talkin' shit, they got me loadin' quarters into socks,
I know the way it is, and knowin' that I fuckin' feel ya',
Wanna murder masses, kill they asses fuckin' with familia,
But they won't break us, "Fuck The World', just like the clowns said
Rep' the hatchet, Psychopathic, 'til my body's found dead,
We got the shows, the music, shit that they can't take away,
We run the underground, so fuck' 'em what they got to say?
Just throw yo' middles up, and let the hoes know where they stand,
This shit ain't 'bout no money, bitch, this shit is more than just a brand.
photo 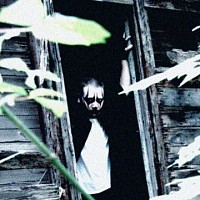 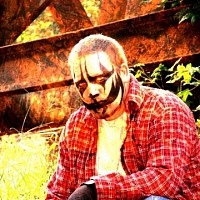 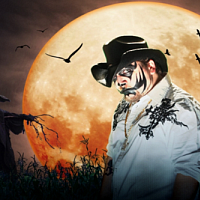 [Chorus 2x]
The ones that know it, feel it, keep it and they won't forget it,
This thing ain't dyin', it ain't fadin' 'cause they just won't let it,
Y'all take the punches, hear the haters, I know what you're feelin',
I was there not long ago, I know that shit and what you're dealin',
But fuck we Juggalos, so they can all just go to hell,
We got the pride, the love, the scrubs, so fuck' em go to hell,
Just keep them hatchets swingin', screamin', always keep it wicked,
Keep one in the chamber for them fuckin' hatin' sons of bitches.
You can't hate us 'cause,
We don't give a fuck,
Bump that wicked sound,
Rock a fuckin' hatchet and we represent the underground!
Rock a fuckin' hatchet and we represent the underground!