I was opening a packet of an undeveloped med
When I was met with a prescription of a bullet made of lead
And when I woke in an hour in a pool of my own sweat
I said I swear to God I'll never even try to sleep again
So instead I took my pen and started writing evidence
And when I started making sense I found that I had reached the end
Oh I'm upset, I have no friends, you wanna bet?
You're just pretend!
You're just a pet confined within the lines of writing
You're not shit
I thought I stopped my psychopathic ways, I swear I did
I said I'd talk to people bout the problematic life I lived
They were my neighbors; razor blades and different flavored pills I hit
Therefore I'm at
Surely my last
Straw, I'm so gassed
Stuck in the past
I said that
photo 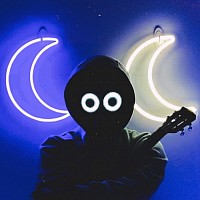 Lyrics was added by GermanyCZe

Video was added by GermanyCZe