Bring Me The Horizon


I got my granddaddy's motherfuckin' pistol
I let it sleep on the antique cabinet (I let it sleep)
I got a fist full of acid when I smack you in your face
LSD up in your brain, now you travelin'
Send me a postcard, gang of wolves like Mozart
Take a quick sip of the potion just to get the flow started up
He's a renegade, featherweight, call the demons, let 'em play
Burn, kick the door off the bitch like I'm Leatherface
Somebody bring me the horizon, this view is boring me
Kicked out of my own funeral for being drunk and disorderly
Talk to an angel with a tilted halo when I fall asleep
Arguin' in the mirror like DeNiro, "You talking to me?"
I'm the only one here, I cannot hear what you're saying
I'm Van Gogh with one ear, Van Go, Van Hoff
Whatever floats your paper boat
We all float down here, baby, just let it go
Yeah, I set the flow
I may never get no sleep 'cause my head's full of hyenas
And my demons, they got demons, and I've no more tears to feed them
I guess I'm bet-better off, off alone
Bet-better off, off alone
Bet-better off, off alone
Bet-better off, off alone
photo 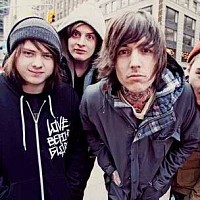 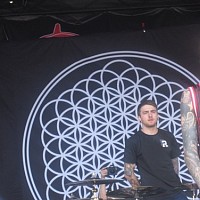 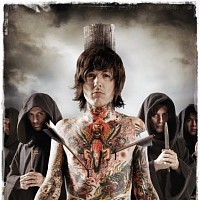 Lyrics was corrected by Pennywise

Bring Me The Horizon lyrics