Have mercy on me, sir
Allow me to impose on you
I have no place to stay
And my bones are cold right through
I will tell you a story
Of a man and his family
And I swear that it is true 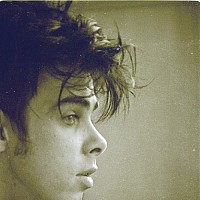 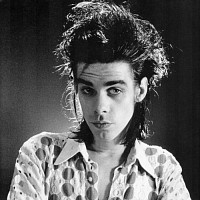 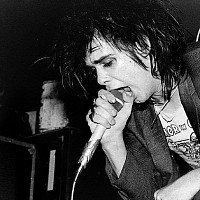 Then one morning I awoke to find her weeping
And for many days to follow
She grew so sad and lonely
Became Joy in name only
Within her breast there launched an unnamed sorrow
And a dark and grim force set sail
(Farewell happy fields)
(Where joy forever dwells)
(Hail horrors hail)
Was it an act of contrition or some awful premonition
As if she saw into the heart of her final blood-soaked night
Those lunatic eyes, that hungry kitchen knife
Ah, I see sir, that I have your attention!
Well, could it be?
How often I've asked that question
Well, then in quick succession
We had babies, one, two, three
We called them Hilda, Hattie and Holly
They were their mother's children
Their eyes were bright blue jewels
And they were quiet as a mouse
There was no laughter in the house
No, not from Hilda, Hattie or Holly
"No wonder", people said, "poor mother Joy's so melancholy"
Well, one night there came a visitor to our little home
I was visiting a sick friend
I was a doctor then
Joy and the girls were on their own
La la la la la la la la la la
La la la la la la la la la la
Joy had been bound with electrical tape
In her mouth a gag
She'd been stabbed repeatedly
And stuffed into a sleeping bag
In their very cots my girls were robbed of their lives
Method of murder much the same as my wife's
Method of murder much the same as my wife's
It was midnight when I arrived home
Said to the police on the telephone
Someone's taken four innocent lives
They never caught the man
He's still on the loose
It seems he has done many many more
Quotes John Milton on the walls in the victim's blood
The police are investigating at tremendous cost
In my house he wrote ("his red right hand")
That, I'm told is from Paradise Lost
The wind round here gets wicked cold
But my story is nearly told
I fear the morning will bring quite a frost
And so I've left my home
I drift from land to land
I am upon your step and you are a family man
Outside the vultures wheel
The wolves howl, the serpents hiss
And to extend this small favour, friend
Would be the sum of earthly bliss
Do you reckon me a friend?
(The sun to me is dark)
(And silent as the moon)
Do you, sir, have a room?
Are you beckoning me in?
La la la la la la la la la la
La la la la la la la la la la

Lyrics was added by Edhel

Video was added by LIrrelevant