War On The Inside

Share
"Unwind pigboy, snap out of your rapture"
She said the words and his heart was captured
Just when he thought she doesn't speak, she moves
He should have known that he was in for abuse 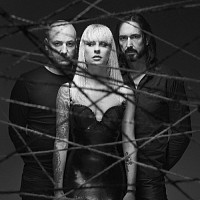 When they died that night
He couldn't see a thing
He smelled wind on the walls
And tasted blood on the sheets
Screams echoed in his ears
deathblow, deathblow
Then life flashed by below the womb of embrace
They were entombed in the collapse of time and space
She laid him down and put her lap upon his head
Let him drown till she was nearly dead

War On The Inside