They see me rollin' - lyrics


Police think they can see me lean
I'm tint so it ain't easy to be seen
When you see me ride by they can see the glean
And my shine on the deck and the TV screen
Ride with a new chick, she like hold up
Next to the playstation controller is a full clip and my pistola
Turn a jacker into a coma
Girl you ain't know, I'm crazy like Krayzie Bone
Just tryin to bone ain't tryin to have no babies
Rock clean itself so I pull in ladies
Laws of patrolling you know they hate me
Music turned all the way up until the maximum
I can speak for some niggas tryin to jack for some
But we packin somethin that we have and um will have a nigga locked up in the maximum
Security cell, I'm grippin oak
Music loud and tippin slow
Twist and twistin like hit this dough
Police pull up from behind and is in his throat
Windows down gotta stop pollution
CDs change niggas like who is that producing?
This the Play-N-Skillz when we out and cruisin
Got warrants in every city except Houston but I'm still ain't losin
photo 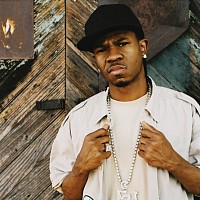 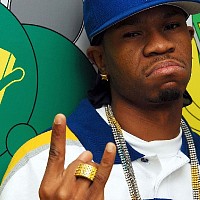 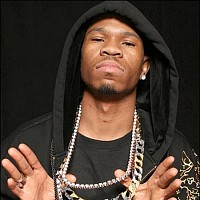 I been drinkin and smokin holdin shit cause a brother can't focus
I gotta get to home 'fore the po po's scope this big ol Excursion swerving all up in the curve man
Nigga been sippin on that Hennessey and the gin again is in again we in the wind
Doin a hundred while I puff on the blunt
And rollin another one up, we livin like we ain't givin a fuck
I got a revolver in my right hand, 40 oz on my lap freezing my balls
Roll a nigga tree, green leaves and all
Comin pretty deep, me and my do-jo
I gotta get back to backstreets
Wanted by the six pound and I got heat glock glock shots to the block we creep creep
Pop Pop hope cops don't see me, on a low key
With no regards for the law we dodge em like fuck em all
But I won't get caught up and brought up on charges for none of y'all
Keep a gun in car, and a blunt to spark, but well if you want, nigga you poppin dark
Ready or not we bust shots off in the air Krayzie Bone and Chamillionaire
Do what you thinkin so, I tried to let you go
Turn up a blink of light and I swang it slower
A nigga upset for sure cause they think they know that they catchin me with plenty of the drink and dro
So they get behind me tryin to check my tags, look at my rearview and they smilin
Thinkin they'll catch me on the wrong well keep tryin
Cause they denyin is racial profiling
Houston, TX you can check my tags
Pull me over try to check my slab
Glove compartment gotta get my cash
Cause the crooked cops try to come up fast
And been a baller that I am I talk to them, giving a damn bout not feeling my attitude
When they realize I ain't even ridin dirty bet you'll be leavin with an even madder mood
I'mma laugh at you then I'mma have to cruise I'm in number two on some more DJ Screw
You can't arrest me plus you can't sue
This a message to the laws tellin them WE HATE YOU
I can't be touched or tell 'em that they shoulda known
Tippin' down, sittin' crooked on my chrome
Bookin' my phone, tryin' to find a chick I wanna bone
Like they couldn't stop me I'mma 'bout to pull up at your home and it's on.

Lyrics was added by Uzumaki