They cried the tears, they shed the fears,
Up and down the land,
They stole guitars or used guitars
- So the tape would understand,
Without even the slightest hope of a 1000 sales
Just as if, as if there was, a hitsville in U.K.,
I know the boy was all alone, til the hitsville hit U.K.


They say true talent will allways emerge in time,
When lightening hits small wonder -
Its fast rough factory trade,
No expense accounts, or lunch discounts
Or hypeing up the charts,
The band went in, 'n knocked 'em dead, in 2 min. 59
- No slimy deals, with smarmy eels - in hitsville U.K.
Lets shake'n say, we'll operate - in hitsville U.K.
The mutants, creeps and musclemen,
Are shaking like a leaf,
It blows a hole in the radio,
When it hasnt sounded good all week,
A mike'n boom, in your living room - in hitsville U.K.
No consumer trials, or A.O.R., in hitsville U.K.,
Now the boys and girls are not alone,
Now the hitsville's hit U.K.
photo 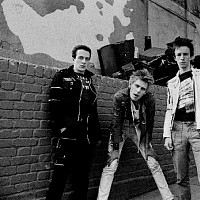 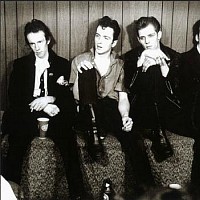 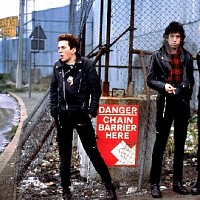 Lyrics was added by Natcha