Share
[Tedashii]
ALL RISE, for the coming of the king of the Jews
Sixteen saints salute for Him bringin the truth
Hold up for a minute put your focus on Him
The selah for a second to catch more than a glimpse
Of the one placed higher than the angels in heaven
Pre-eminent so dawg that means He never comes second
Nothing should ever replace or overshadow this God
Ever reduce or lower his position as God
Man, He's holy, plus diving with all splendor
It's time Jesus Christ became your life's true center
The focus of your life so that your life be permanent
Pause
And peep this God that made the world and the firmament
Man, I'll put this on my momma, He'll blow that mind
Watch as I paint the picture for ya, its kodak time
If you ever wondered who He was, then no that now
No interruption take the sweets and heats and throw that down


[Chorus]
How can you hear about this God dawg and not get impressed?
The one that gave the sky its height and the ocean its depth
The one that hung all of the planets plus the moon and the sun
And let you hear this song that you might commune with the Son
[Tedashii]
So tell me what you seeing when you looking at God
Is it Yahweh the indescribable, unspeakable God
Or dawg, is it Elohim, all sovereign and majestic
The provident creator with a six day checklist
Or maybe the King of Kings up on the side of the Father
With nail prints in his hands cuz He decided to bother
Or do you look and see someone who ain't no better than you
Well if you the focus dawg I suggest you better your view
How you gon' act like you compare to Him?
You don't compare to the seraphim that cherish Him
Man, you got two lungs that still need air in them
The bottom line dawg, when you looking at God
You should see the king of glory not a midst or a fog
Not Father Time with the long beard and clock
and not this passive Jesus Walks that you hear in hip hop
But the God of the Bible Isaiah saw in Chapter 6
Who got a glimpse and said &quot;God is Holy, I need to repent&quot;
photo 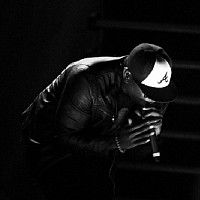 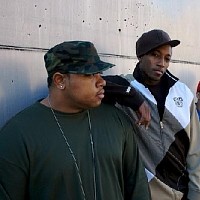 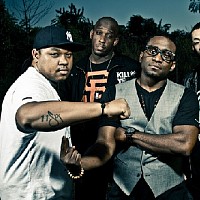 [Chorus]
[Tedashii]
Man, I've been looking for a minute how we impressed with things
Plus ourself, so we came to address this thing
We came to rep Him so dawg you would bless the King
And be impressed like Froto was with the ring
Like the Phanatik, take time dawg and think on these things
Think about how you're a sinner and you need to be clean
We sons of Adam fallen sinners and deserve to be killed
Man, we couldn't keep the standard cuz perfection His will
He is coming back for all of the cats
That allowed Christ to be they ransom and satisfy God's wrath
But, we'd rather think the bible's all about us
Instead of Jesus whom God said put all of your trust
Man stop coming up to God cuz you think He'll bless ya
Man stop coming up to God cuz you want something extra
Its time he impressed ya, and not because of all that He's done
But because of who He is dawg the Glorious One
[Chorus]

Check it out!
Funny Jokes
Back To Search
Browse All Lyrics

Lyrics was added by adyweru