The Gift of Game

You Know that bitch baby he's talking shit about our clique but he don't Crazy
You see the writing on my dick
You know that trick, Tracy
yeah, she's making me sick
living that life
we used to do the same shit
shit gets drastic some kids need help some need there ass kicked
and some would never learn to earn there own way living of their daddy had he not been rich
they'd be broker than a joke and forced to switch
you gotta change your tune or change your pitch
because life ain't easy man
life's a bitch
shit is harder than hard about as hard can get
keep on going were you're headed you's alive to regret it
yes it hurts
to face the truth and realize that the worlds got your neck in a noose if things ain't like they ought to be
you 've got to think fast
the aftermath
of your actions whiplash.


I know you all tired of these wannabe thugs claiming the real be running, grabbing the steel
thinking they're going to peel
my niggas cap
roaming the streets with black hats
chrome straps
sipping on brew
ready to react
of any nigga they see that nigga could be my
capital I.C.E.
got a muther fucking .357 to put eleven holes in their chest
thinking they could test
a real riderfrom the west
I roll flossin' me and my girlfriend nina ross and the ghettos' been good to me
but you've got to take precautions
Brothers get got what they least
expect it or neglect it
You'll never catch the dirty in the streets without protection
Nowadays you got to pull shit
Haters on some bullshit
jumpin' out of cadillacs and low lows with a full clip
If your tool spits
Shake the spot or get your duck on
Cause if you press your luck on
Stupid is what you're stuck on.
photos 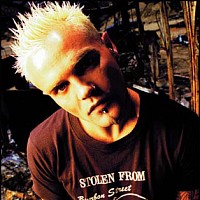 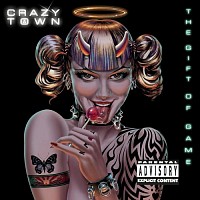 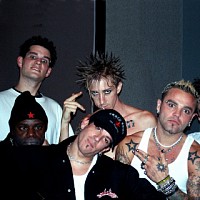 That girl shelia got a daugter
She be clubbing every night
Shelia had her daughter young still that just ain't right
Plus she rides the white horse
She used to ride my pony If I hit it now, I'd break it
'Cause Sheila's just too bony.
Smoking speed released the lions
I'm not lying I'm not sober
I'm still tryingh Hiding the truth
With substitutes a hundred proof
A fuck up. face it
One of L.A.'s wasted youth
Label me as an enemy of the lost star
My family's not too happy with the trouble that I've caused
See we be breaking the law
Somking on non-menthols thinking fast so I'm ready for any all out brawls
And ya. Brothers get your hustle on
Ballers and get your shit tight
House parties get shot up
And turned up before midnight
Drive-bys and fistfights
Zig zag and crack pipes
There's a fifty fifty chance
That tonight will be your last night.

Video was added by Heriel

The Gift of Game