I met the girl of my dreams in a coffee shop last week
Somewhere on the Lower East Side
She walked in the door with her dog and a friend
Who was lost in the New York Times
I am pacing back and forth feeling nervous
Accidentally spilled my coffee on purpose
Hoping she'd notice, she turned away
Paid the cashier, have a nice day
I'm waiting for the train, I'm watching the people
So busy as they all walk by
The doors they slide open, it's hot and it's crowded
Living in these New York Times
I am not to be bothered by no one
Put on my headphones to drown the commotion
But a fight breaks out right in front of me
Get off at the next stop before they try to run on me 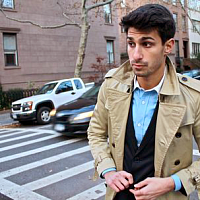 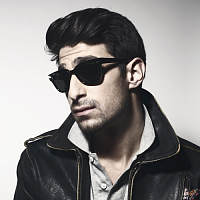 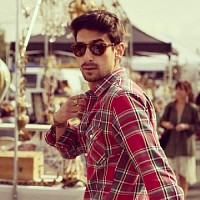 [Hook]
[Verse 3]
Left to die, lived to tell
Summer's gone, wish you well
But I don't know where I'm driving to, driving crazy
Driving Miss Daisy 'til I'm pushing up daises
It may be that the woman I met who told me never forget
Was the same one who left and made me live with this regret
No talking now, I'm walking now, just put me in a coffin now
Throw me in the ground, I hope they miss when I'm not around
But I'll be fine, cause in due time, I'll start to climb
And reach my prime, then walk the line, I free my mind sometimes
When you least want it, that's when life will throw you the signs
Cause if love is what you're looking for, it's love you'll never find

Lyrics was added by elistea

Video was added by elistea