Listen to the white winds of death!
The cries broke the silence of the cimonar.
Gliding between the centuries of time
And I riped their wings of life.
Their decay period started,
and I know they are destructible!
The void in the center of their hope
Despair I am. 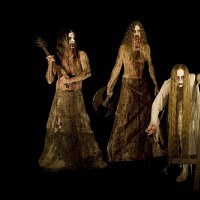 Lyrics was added by -ennie-

Video was added by kajuNka39