Yeah, get down nigga!
I said get down!
What you gotta say now?
Pussy
My name is Dax, and I just committed murder


Yeah
Why everybody askin' me if I’m a rapper? I'm an artist
I just rap for fun but still do it the hardest
How I started was a baby given birth to by the Carters
2Pac, Biggie, Nas, Rakim my grandfathers
Been rappin' for two years and probably done been the farthest
Had to spark it made a name by manipulatin’ the market
How'd I start it? Put it in drive and I never parked it
This a message to the dearly and departed
This a motherfuckin' killshot
Aimin' my scope at the fucking industry
Half of these niggas rappin' is trash and it's fucking killin' me
I made a name for myself by doing it differently
I started writing poetry then I had an epiphany
And instantly started meshin' words into a symphony
And calculatin’ patterns and delivering them brilliantly
To go into your mind so I could paint a vivid imagery
And save you from the trash that you’ve been listenin' to literally
Nah, this is not a game, this is not a test
What’s the point of rappin' if I ain't tryna be the fuckin' best
Droppin’ songs faster than a virgin when the pussy wet
To swim into the mainstream with the sharks so I can come up next
Eminem done paved the path
PAC saw me in a dream
Me and Drake from Canada
Fuck you think that all mean
In my opinion, I think that means that I'm the next best thing eating beasting
Now I'm motherfuckin' top shit
Fuck niggas don't wanna problem when I pop shit
Gas niggas like I'm in a chamber this is Auschwitz
All drip my bars coming out of faucet, faucet
The crazy thing about this rap is 'bout the recognition
Underrated is an understatement and I'm the definition
Contemplated if should kill 'em I had a premonition
Ronald Reagan the whole game and cause a demolition
Nigga's finna nut like Dontai, ooh
Brought my skill to Cali like Lebron James, ooh
Know she wanna fuck and her friend do too
KSI a bitch, get mentioned, views
Nah but real shit lil' nigga don't you ever try to diss me or I'll come for ya neck
I'll be damned if an Uncle Tom corny ass nigga making vlogs try to talk if he ain't showin' respect
So let me break it down for you how I live out the rest of my whole career
I promise I'ma be one of the biggest in about a year
I promise I'll be the one to convince you that thing fear
Is a concoction by the devil to make the good disappear
I promise I'll win a Grammy, I promise I'll win an Oscar
I promise the rap game won't turn me into a monster
And force the people who love me to treat me like I'm a sponsor
And pray for my death for money and not for a life longer
And that's facts (That's facts)
Manifested all this shit through rap (Through rap)
Spoke my life into existence, I was workin' in the trenches
Swear to god that I ain't ever going back
OT 613 put it on the map
Treat a beat like 50 had to get the strap
KSI wanna beat me, nigga you can CC the fee fee is 10k if you want a track
So you gon' watch me on the tv, nigga
I swear to God they gon' keep this shit on repeat, nigga
Like four, five, six times, best believe me, nigga
I'm gon' thrive 'cause the boy be a cheat sheet, nigga
They gon' ride ri-r-r-ri-
Niggas talk shit they gon die-
If I ain't the best then that's a lie-
You can peep the drip I'm not dry-
Now ya boy be the topic
Joyner Lucas gotta hit me we can rock shit
Tory Lanez you a singer just stop it
I'ma triple threat nigga on God shit, on God shit, God shit, yeah
That's right I can do that too
This is shit is easy for a nigga like it's 2x2
4 mil on rap god that was just last week
Eminem let me hop on a beat
It's Dax
K-K-K-K-K-Killswitch
These pussy niggas gon' feel this
Then they know that I'm the realest
photo 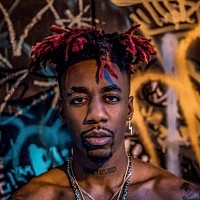 Lyrics was added by ojta523

Lyrics was corrected by ojta523

Video was added by ojta523