In This Day And Age - lyrics

[Yas]
[arabic talking:] God Forbid us from the devil

Let me introduce myself my name's Yassim.
Been a muslim my whole life and I ain't never met no terrorist.
Why would I watch tv? All they do is try to embarrass us.
Nine eleven was disasterous. Fuck those devil advocates.
My religion is peace love and happiness.
This shock cannot be televised for free.
'cuz bright lights and dead bodies make for great TV.
The world is panicking, Mr Bush is mad again.
Watching them bombs drop, makes me sick to my abdomen.
What doesn't kill you can only make you strong.
Then I feel like I'm carrying the weight of the world with one arm.
When bombs are being dropped from planes, media affects our brains,
remember it's innocent children being slain.
And I'm feeling their pain and their bloodshed
How many more will end up dead?
My brother Mohhamed cant get through customs.
Harrased and spit upon, the price for being muslim.
Fuck your sympathy, don't look at me differently.
Don't repeat history. War is hate. Salam.

[Bif Naked - Arabic]
"peace and blessings on to you"
photo 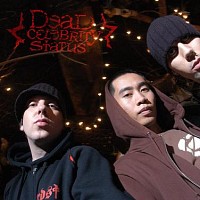 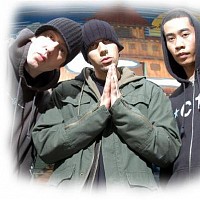 [Yas]
In this day and age it's rage and life destruction.
Lyposuction and breast implants, like a Hollywood star
with her lips and chest enhanced.
It's just plastic surgery for the less advanced.
White lies, great for religion, sex, and churches.
Politicians sniffing white lies behind closed curtains.
Overpaid athletes stick steroids in ass cheeks.
Million dollar salaries depend on players that cheat.
The young and homeless live amongst the trash heeps.
last week's news is forgotten, dead stiff and rotten,
like the corpse of Andy Hoffman.
They say peace sells, but who's buying? I say sex sells.
In these days and times, the public loves it,
they can't get enough of it, anything else says rubbish.
Mp3s and burnt cds, lead us to believe that music is now free.
The industry's in a panic, major labels running frantic.
World's best mechanic couldn't fix it.
Empty seats means kids can't afford a ticket, and it's a problem.
Like teenaged love without a condom.
[Bif Naked - Arabic]
"peace and blessings on to you"

Lyrics was added by FrantikDokec

Video was added by FrantikDokec