[Intro]
I don't smile, I don't frown, get two up or get two down
I was here, so were you, you came and went, I stuck around
Still here now, stop me how?
Your opinion's like a broken calculator, that shit doesn't count
Shut your motherfucking mouth


[Chorus]
I'm emptyin' my book of rhymes (My book of rhymes)
Get 'em all offf my pad, every thought that I had
I said, I'm emptyin' my book of rhymes (My book of rhymes)
Get 'em all offf my pad, every thought that I had
[Verse 1]
Haven't used all the tricks I have, so like my balls, I'm in my bag
I get a little testy when I'm mad, sick of wrestlin' this iPad
Unsuccessfully I might add, and I know it's best to lеave it live
But evеn I get obsessed with readin' everything
And let it get the best of me 'til I smash
But I need to get off the internet (Get off the internet)
I need to get on the mic (Get on the mic)
You need to get off the internet (Internet), you need to get you a life
Why you waste time just to comment on shit? (Comment on shit)
'Specially shit you don't like (Shit you don't like)
Don't like it, don't listen, but don't tell me about your favorite rapper if it's some shit he didn't write
What happened to Slim? He was no cap with the pen
He used to rap like the people's music was lore
He was exactly like them
Since he used to be poor, why can't he tap into him?
Can't use that excuse anymore
He's mad at the wind, he's in a nuclear war
With a clown he's yelling "At it again"
I talk to your mother, she told me she love me
All she wanna do is just hold me and hug me
Wants nobody but me, she showed me the duggy
Can I get a witness like notary public?
She said kicks some fly shit (Fly shit)
I said I got wings on my ass (Wings on my ass)
Told her my dick's a cockpit (Dick's a cockpit)
I fly by the seat of my pants (Seat of my pants)
Sinful thoughts, this beat is crazy, this shit's retarded
This Instr is mental, too many bars, incidental charges
When did it start? I been cold hearted in this heart
Since kindergarten, mental sharpness
Which made Simmoll walk, and Denice soft, bitch, I invented flossin'
Yeah, I used to wonder where my next meal's gonna come from
Now I just wonder where my next meal's gonna come from
I can not have no success, unless when I finally make it
I get to remind all the haters, who shitted on me when I'm on my way up
My flow is [?] sentences
If I was you, I would step or find yourself twisted
That's how you'll wind up like spiral stairs
I will swear on a stack of Bibles
I will tear new behinds out of rivals, even your idols
I don't care, it's Music To Be Murdered By
So bottle back and swallow a fucking Ja Rule bobblehead
Then die slow like old times (Ha ha)
Low sniper, I hold the micro-phone like a loaded rifle
My dome's brighter, all I spit from my skull is fire
All that's missing's a motorcycle with the chrome wires, smoke tires in
Y'all are a flow biters, so I don't gotta explain why they call me a ghostwriter
photo 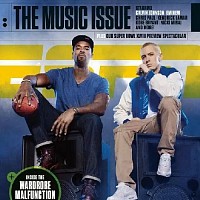 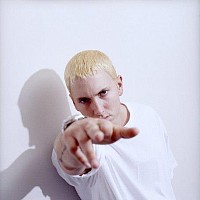 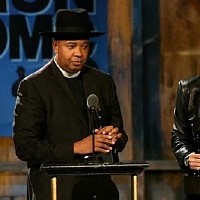 Lyrics was added by StanMitchell