I'll just wait for the day when I can see what it will take
To feel, and look the other way.
I know I will never be the one to pull you from the womb,
The haven built to nurture you
Through nights in my darling garden of decay and contempt.
Where I can only grow inwards, nourished by the defeat,
Watered by several tears and rooted in my fears.
Its secondary, its sedimentary.


(Its secondary, its sedimentary...)
I gave you warning… to close your eyes,
But with a new morning… you were blind.
photo 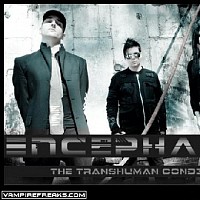 Left the wounded open wide.
You're alive.
So just wait for the day when you can see what it will take
To heal, and bleed white anyways.
You know that I have never been the one to rise past salted wounds,
The hatred build to nurture you
To light my scarring garden of decay and contempt… ablaze.
You only show the truth that I could never face,
Blinded by severed tears and deafened by my fears.
Its secondary, a cemetery.
It's sedimentary
Thought you died… with the tide,
The ghost storm swept from the other side.
Burn the roots… salt the soil,
Forget this garden that I spoil.
Though I tried… got denied.
Left the wounded open wide.
You're alive.
You're alive.
You're alive.
I gave you warning… to close your eyes,
But with a new morning… you were blind.

Lyrics was added by Auri

Video was added by Auri