Don't sweat the Technique [x2]
Let's trace the hints and check the file
Let see who bit to detect the style
I flip the script so they can't get foul.
At least not now, it'll take a while
I change the pace to complete the beat
I drop the bass,'till mc's get weak.
For every word they trace, it's a scar they keep...
'Cause when I speak, they freak
To sweat the technique
I made my debut in '86
Wit a melody and a president's mix
And now I stay on target and refuse to miss
And I still make hits
wit' beats, parties, clubs, in the cars and jeeps
My underground sound vibrates the streets
MC's wanna beef then I play for keeps
When they sweat the technique 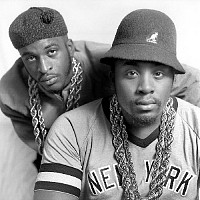 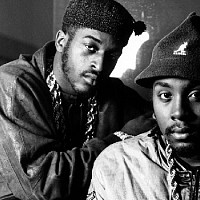 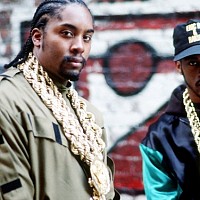 They wanna know how many rhymes have I ripped in rep., but
Researchers never found all the pieces yet
Scientists try to solve the context
Philosophers are wondering what's next
Pieces are took to last who observe them
They couldn't absorb them, they didn't deserve them
My ideas are only for the audience's ears
For my opponents, it might take years
Pencils and pens, are swords
Letters put together form a key to chords
I'm also a sculpture, born with structure
Because of my culture, I'm a rip and destruct the
Difficult styles that'll be for the technology
Complete sights and new heights after I get deep
You don't have to speak just seek
And peep the technique
But don't sweat the technique
I speak indiscreet cause talk is cheap
Then I get deep and the weak then complete their
Pull with a seat, never weak or obsolete
They never grow old techniques become antiques
Better then something brand new 'cause it's radiant
And the wild style'll have much more volume
Classical too intelligent to be radical
Masterful, never irrelevant: mathematical
Here's some soothing souvenirs for all the years
They fought, and sought, the thoughts and ideas
It's cool when you freak to the beat
But don't sweat the technique
Don't sweat the technique [x2]