[Verse 1: Evidence]
I set it off in the sunny distance, no days existed
My patience led the way until the greatest love listened to me
I used to play the witness, wait in the trenches
It's like the 6th man, sits on different benches
It's hard squeezing life in a sentence
And if I do, roll carpet with the red tint
My entrance is what's between
When I exit, it's Evidence left on the scene
Alchemist cut the record down to the bone
And with a record like this I take the world by storm
Sky blessed, the land of the brave
Understand where I stand, my hand is made
From BR Double-O KLYN, the planet
Family landed, managed to raise the man that I became
Panic on my first campaign
But when the words fell to place, I was certain to reign
I hit the purple, then step in the circle and start flexin'
Weatherman invented, now storms change directions
Portions of my proceeds is feeding my homies now
I always shared pretty good for an only child
I was the baby boy, I could do no wrong
Now the role's reversed, I'm putting people on
They on welfare, you got healthcare
They used to have their priorities elsewhere
I took rims and tires and traded them
For a ticket to an island, that's where
I wrote this rhyming
Where I first saw my vision
Driven by a better living, a place to raise kids in
So I think like I rule the world
On the brink of something bigger, building schools
For boys and girls
The thought of home gets me out of my bed
I said you got the tools?
Get them shits up out of the shed. C'mon!


[Verse 2: Raekwon]
I'm like the indispit of rhyming
The Jack Dempsey emcee
All my shit customed out
[?] eventually
Money is made, fly blades
A woman with brains, will help a black nigga reign
My lifestyle's a prowler
A rich loaner, owner
Used to pump at coffees shops
Had my bitch who sell with me rolling up
Fly ass and still classy
Asking questions like "Why you wait on that glass?
Why would you splash me? "
Yo, it's only nigga shit
I'm a teach you like how I was taught too
Hold the phone, Ward 2
Seeing all kinds of grey fossils
Colossal juice, pick the house, act fly
I got you. No need to walk backwards
Fuck with the taxes
I speak credibility, the story to masses
Yo, a diplomatic winner, Nik boots
A scully good denim jean on and one rental
[Verse 3: Rass Kass]
They say you only live once, I disagree
You only live twice: your life enable your seed
So I lead on whacks and feed em the deeds
So when I die they got a foundation on my publishing B
Plus the words that I speak, here's my family jewels
It ain't all blood diamonds, but like experienced fools
And I be rhyming cool, but my philosophy's deep
Like a Dear John letter, so read em and weep
And the wolf smells blood: you can feed em to me
But I'm a Lycan underworld, you can meet in the street
Draw heat, but what happened to peace?
He got a Dirty Sanchez, like what happened to Screech
Jesus, diarrhea's - I mean holy shit
Christ on a cracker, that's just how we spit
Communion: had the wine, make the sign of the cross
And I will live in the past, chalk it up as a loss
Went from "please listen to my demo! "
To stretch limo
To the penn in a cell watching Eminem on Jimmy Kimmel
But I can't go out like Timbo slice
Like Geena Korrano, a cyborg determinate
Mano a mano, still Ronald McDonald
Over one billion served
But it's up to me to get what I deserve
So I handle my biz and hustle harder than the norm
The early bird gets the worm, but the hawk gets the bird...
photo 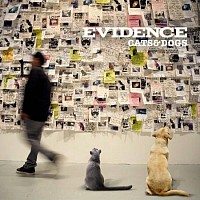 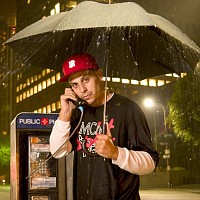 Lyrics was added by jimosss

Video was added by jimosss