Slaughter in the Vatican - lyrics

Slaughter in the Vatican


The pontiff is gone, you are the one
To carry out and learn from your beliefs
Follow no more, the pope's been destroyed
An individual church of the will shall succeed
Papal supremacy...
Intertwining with infallibility
photo 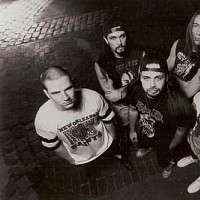 A dawning of a new faith arising now
The sheep without the shepherd evermore
Consumed by overconfident assumptions
The puritanic elders couldn't score
A holiday in Rome, people will not forget
The tires on the popemobile are slashed
A switch of a blade and a thrust through his stole
Steal his rings and pawn them in for cash
Some will let you be yourself
Others try to rule your soul
Imperials and rebels all trying to regain control
Roll out the red carpet, here comes our prince
The day He died, we've been crusaders since
Catholicism breaks in two
Time is running out for you
If the father of the church is to lead and teach you
Then why doesn't he follow the rules?
Imitate the son of man and live with the poor
Instead of fearing him while he's on tour
Avoid, abstain
Keep clean your life, your heart and soul
Don't miss the mass, you'll go to hell
You must repent and tell your sins
Pope, die!
You lied to me, my wife and child
Storm the Vatican, tear it down
The church is gone, we have won!

Slaughter in the Vatican