[Intro - Fabolous]
From hood to hood they see what's hood
And know who I be! uh!

[Verse - Fabolous]
I got the Yankee leaning, just sittin over to browse
And the G4 is just getting over the clouds
You can't tell me that I ain't what's up right now
I got a bottle of Tequila upside down
There's some chicks wit boyfriends that are up tight now
Cause they know the big 'dog' had a 'pups' like wow
I'm stuck in my city ways
Heading over seas wit a zip of New York City's haze
You rats can keep running through your city's maze
Until you get sprayed with the pesticide
I know you in that hole, you best to hide
Like the rest who tried, who went and testified
Of course your girl wanna slide over and be rubbed
And don't mind taking rides over the G dubs
I ride Rovers on Spre-dubs
Please don't be another dude who died over a ski dub, chill
photo 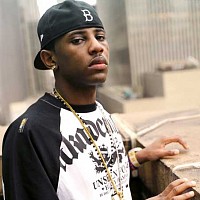 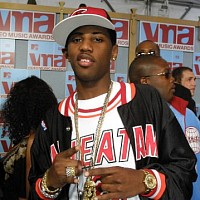 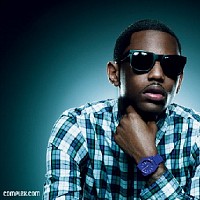 [Chorus - Fabolous & (Thara)]
From hood to hood they see what's hood and know who I be
From block to block they see it, not can't know who I be
From state to state they cannot hate, they know who I be
From the east to west, through the midwest and downsouth it's Ghetto!
(It's Ghetto-oh!) It's Ghetto! (It's Ghetto-oh!) It's Ghetto!
(It's Ghetto-oh!) It's Ghetto! (It's Ghetto-ohh!) It's Ghetto!
[Verse - Fabolous]
I get it jumping like a lo lo '64
And bet they hop on it like a pogo stick pro
I'm chilling wit these go go chicks though
That do the kind of things that belong in a porno flick yo
You know it's him and the gang
Wit the bling worked on, that remind you of lemon meringue
But remember the thangs, ain't too far
And y'all wanna hear em go bang bang bang
Like John Witherspoon, I'm watching em closely
I know the snakes gon' slither soon
The two toned Maybach's getting delivered soon
The back feels like sitting in the living room
I'm so hard bodied like the suit on Batman
It's that man that back to back plat' scan
I'm back for the third time, I make words rhyme for a living
You probably heard I'm still ghetto, nigga!
[Chorus]
[Verse - Fabolous]
They tried to put two 9's on me, just like Gretzky
But my lawyer saw through it just like wet tees
I smoke till my eyes look just like Jet Li's
On islands where the water's blue just like Pepsi
Yeah the trigger just might get squeezed
And the slugs will skip over your waves, just like jet skis
Hoes know Ghetto from New York, call em the Fresh Prince
And throw rose petals when I walk
They love how I came back hard like good blow
And I'm still a heart throb to a hood ho
That's what hood though, yes I would know
That's cause I'm in the streets like man hole covers
Rims look like blades when a fan blow brother
I'm waiting on a storm to land, roast others
The man no other, cause I been in it
My time is money, y'all couldn't buy ten minutes
I'm gone! catch up!
[Chorus]
[Scott Storch instrumental outro]