Verse One: Fat Joe
Now why the sad face, jealous for fellas that's diamond laced
Tryin to find a place to recline, shine my face
Under the sun where it's warm, runnin with Pun til I'm gone
That's word is bond on my moms
That's the squad motto, got beef we call Rallo
Dame Un Trago, he go to war wit a bottle
Simple as dat, flip out the mack and cripple a cat (&quot;take that&quot; 4X)
Right through your back tissue with any pistol I pack (c'mon)
Physical rap means we live the lyrics
Long as niggaz fear us you could never entirely dissapear us
We the realest you ever gon' see
In all honesty, ain't another brother that's hotter than me
Modesty'll get nowhere, that's why I go there (yeah, yeah)
Like lettin you know where to buy the new Fat Joe gear (that's right)
Five sixty (five sixty) only the Squad ride with me
Unless you a Bad Boy, and roll with Puff Diddy (eheheheh)
It's my city, and everything in it
Ain't a thing rented (c'mon) it's my Benz, if you see me in it (yeah)
We invented floodin the watch, and runnin the spots
That's why, I'm not a player, I just crush a lot
photos 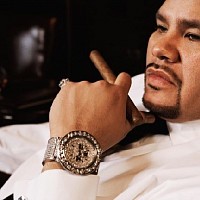 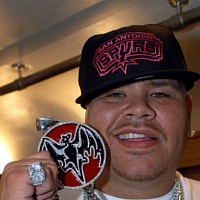 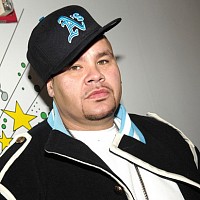 Chorus: Puff Daddy
What you thought, we ain't run the streets?
Now you can't sleep ten deep, convoyin in the Benz jeep
Rollin deep with the Don-Tana
I put the chrome in your cara, adios to manana
(repeat 2X)
Verse Two: Fat Joe
Yea, uh, yo
You better slide or catch this homicide
Ain't no match for Joey Crack I'm blowin backs out the other side
Brothers died and mother's cried at wakes, these are The Breaks
Kurtis Blow your head off like Jake (like Jake)
So take heed and read between the lines, ain't no cheatin mines
Player haters never wanna see my shine
Up in the Range or in the Lex Coupe
Rockin a fresh suit with dress shoes, on my way to Les Boo's
Less choose the life we rather live, on the streets stabbin kids
or livin mad sweet in lavish cribs
Fix marriages for my kids, six karats, I'm a whiz (mm, mmm)
Exotic tokin parrots on my wrist
It ain't shit but for sex, money, and drugs
True thugs with slugs and wrap bodies in rugs
What the fuck, Joe Crack, twist your cap back
Leave your heart rate flat, once Terror Squad attacks (yea yea yea)
Chorus 2X
(Puff Daddy talkin over chorus)
Terror Squad, and Bad Boy
Joey Crack, Big Pun
I see you
Can't sleep, ten deep
Yea, uh-huh
Adios to manana
Terror Squad, what?
Bad Boy, khanmean?
Joey Crack, Big Pun
I see you, I see you
C'mon, yea, yea, say what say what?
Say what say what?
Uh-huh
I see you.. take that..
Adios to manana!

Lyrics was added by pepe

Video was added by obladi