Old man time, wisdom and rhyme
Seeker of reason, reaper of time
Born to a spell he walks the beaten path
To hell, rusty shackles of time burden his mind
Once on his side time turns to defy
In a flash of the lightning he's come and gone.
The clock strikes the hour, he climbs to the belfry,
As he's done a thousand hours before.


Many dark years, not a vacant hour through
War and fear had the bell been ever strayed
Hypnotized rhythmic the pendulum synchronized
With the beat of the old man's heart.
Man or machine he's living a dream
Forever the clock lives so does he
Faces below fade with seasons of long ago
Forever awake in his brass bed,
He holds the key
It's all a matter of time, there is no reason or rhyme - is there?
Traveler in time you're another left behind - you are
photo 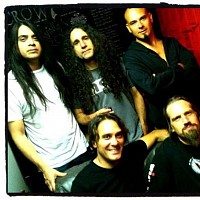 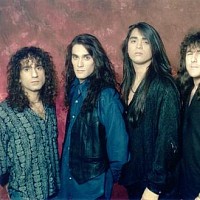 Tangled in the web of time you've
Swallowed the pill of illusion
Writings so clear on the wall you
Waste in seclusion
Mirror reflects the mark of the crowfoot
In his eyes now he realize
Nearing his hour he climbs to the belfry
As he's done a thousand hours before.
Moon of blue is in the sky
West wind he whispers why
Sacrifice living for life his perpetual vice
Lonely wind blows through his empty soul
He cries a river of tears on the clock below
Nothing's forever and time will tell
His tears rust the clock and he died as well
(repeat chorus)