Nail the Shit Down - lyrics

Fear, and Loathing in Las Vegas

Share
"Idiot!", "Piece of shit!", feeling like tossing out
It would be such a such a hard place to live
If people randomly said these words out
So you guys remember this!
Sharpen your mouths and sing like crazy!
You guys ready? Don't you be so shy
Spell, yeah!
A spell that takes out all these rages 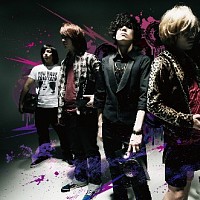 If your irritation still will not heal
Let me give you another advice
Just imagine (Spell)
Hey something like murder?
Take it off, one, two, three (One, two, three)
Who is the dead man? What is the way? (What is the way)
Cut it, bend it, bang it, clean it
Ha, you finally starting to feel dumb?
People who are constantly furrowing their brows
Will die at thirty
Are you certain of what you can and can't do?
Just gotta make good use of the moment when going mad
Let's go to the venues and make a foolish face
Everyone, jump around, ah!
Are they just feeling down?
Or you just can't step?
If you feel shitty about yourself, curse yourself
Until you feel satisfied with sharp words
Feeling pain and suffer out
Don't even feel like asking for help
Then you die!
We all are living with frustration today
Unforgivable self, and "these kinda shits"
That are for you; the spell!
Doesn't break down so face it
"The spell" can guide you
Get your ass to the venue before getting smashed perfectly
Let's nail down those "shits"
It ain't acceptable to die in shit

Lyrics was added by JuVA624