A Small List Of Things That I Normally Would .. - lyrics


so watch an aching past surface, and now i'm half certain
that everyone who associates with me's a bad person
because everyone who associates with me is as worthless
now I finally understand what it means to lack courage
and at the end of the day it just defeats the damn purpose
to share the fruit of your knowledge while completely malnourished
so I've been trying to let go of the things that torture me inside
congratulations, you're cordially invited
to a small list of things that I normally would hide
like high school, no comprehension of enough harm
codeine for numb hearts and patching up cut arms
but drinking cough syrup when you didn't have a cough
is ironic, because in reality you're sicker than you thought
but like hearing new music and being too scared to turn it up
virgin blood mostly told me to stop at the surface cuts
and sometimes I wouldn't eat more than a couple bites
and sometimes I'd go a week and not sleep more than a couple nights
and sometimes I'd get so wrapped up in the "couple life"
when the "couple life" failed me the first couple times
photos 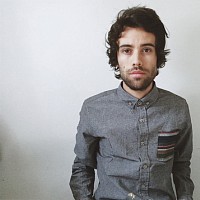 Lyrics was added by IrogamiCZ

Video was added by IrogamiCZ