Look, If you had, one night, one opportunity, to deliver eleven billion presents, before sunrise, would you capture it, or just let it slip?
Ho Ho
His sack is heavy, sleigh primed rudolph ready, there’s cookie on his sweater already, beard looks messy, he’s nervous, but in his pocket there’s a list that’s ready, with kid’s names, but he keeps on forgetting where to drop down, the Elves can’t help him now, he’s lost his map and the signals down, he’s choking now, the raindeer start to taxi round, the clock runs out, the raindeer jump up POW
photo 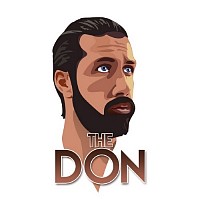 Lyrics was added by EleanorHill

Video was added by EleanorHill