Man On The Roof


The little lights on the floor are delighted to be seeing at all
And somewhere else might be just where she needs to grace
But the band goes boom cha-cha boom cha boom
and the lights go up Where the water might be laid on
the bottom of the floor
All her time, dispensing, from her blue jeans
Fall in the old river
Where the light pours down when the night's been long
photo 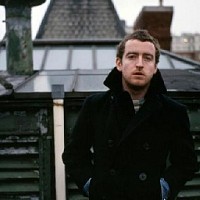 She's got a little bit of money in the side of her skirt,
waiting for her
And forty light blue and yellow shoe cross ties
But still the band it goes boom cha-cha boom cha boom
And the lights go down
All the boys are in the back
There's always something they want
All her life, depending, on a little gold pipe
Sniff sniff and a little water
She might not get up, but she might
The stone stairs to, a black door through, into a hallway,
and then a glass green lamplight.
Maybe tonight But probably no
There's Someone here she doesn't know
There might be someway else....

Lyrics was added by Nikola131

Man On The Roof