Burning by the gate i can hear
Reflection of his voice
Dripping blood i share with my lord
Confirms my every choice
Crowded is hell the heaps of boiling flesh
Opened veiins, gore is pouring from the gash
All his power i can feel under my skin
His wounds like razors bringing everyone to grief
photo 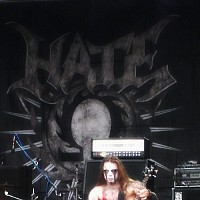 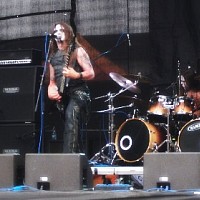 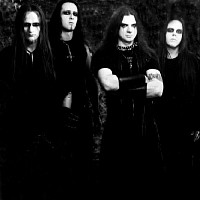 With opened veins i stand consumed by flames
I hear the sounds of those who were raised to the ground
I see the herd of those who laugh but bleed
I see the crowd of poor orphin of god
Crowded is hell the heaps of boiling flesh
Opened veiins, gore is pouring from the gash
Gash... gash...

Video was added by zdenasva