Your Mother is a Basketball - lyrics

Your mother's so fat they didn't call Ghostbusters
Stay Puft Man was all, "I don't trust her."
In other words, she ate him
Stay Puft Man's big, so that's how we know she's fat--
Just to clarify 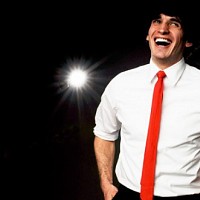 A basketball
After all, she's bouncing like she had a bottle of Adderall
She's also fat--not sure if I mentioned that--
Twenty-nine inches wide from all sides, to be exact
Man, that's wack. I object! But, to change the subject
I double dribbl'd your Mom's bombs and she liked it
Now I'm flying higher than a window wiper
Where you're airing free throws like a drunken sniper
I believe you need a reason like you're Zeppelin Piper
If your mom were on Tinder, I'd swipe her right 'cuz I like her
She's spherical, meaningful, queer, and clerical
A leather planet with the gravity that makes you feel the pull
Ooh, feeling it now, moves smooth, so adroit
World's hearing it now, down under to Detroit
Pity the pal who fails to score a swish
Never gonna hit the buzzer 'cuz she just won't fit!
Not that curvy's bad boys, in fact, it's sad
But the women's NBA's not all round and rad
Don't be lose ground, be a man;
Do they fit basketballs with gastric bands?
Oedipus Rex, Electra complex
Pegasus wings on these foot springs but I digress
Surf's up! I board a tidal wave of jump
Yo' 'boks probably don't even pump, chump
Sup?
I got pump up 'boks, I'll palm my ball in my hand
And shoot infinity points from up across this land
So you can't pass the man if you know what's best, son
Lest you wanna become a tripping guessing lesson
Slam dunk!
Foul?
Ref, make the call!
Oh gee, oh gosh, this is all too much
Guys, I gotta confide--I'm just an actress, y'all
Picked last at the dang-blasted casting call
Some games don't have winners
Some chickens don't end up on plates for dinners
They contain the innards
But we know the sun will always rise and always fall
And that your mother will always be a basketball
Basketball, a basketball
If you're listening, your mother is a basketball
That's right, you! Your mother is a basketball
She's a basketball, bouncing faster all
Over the rainbow in the stair
Somehow, somewhere, someway, somewhere

Lyrics was added by Swanson

Video was added by Swanson