[Intro:]
You think you original? You ain't original. You were programmed to be you. You're a slave and you don't even know it. The shit you think of ain't even your thoughts. Let's step out the box for a minute

[Verse 1:]
How do we know if God exists?
How do we know what's positive?
Are you the definition of an angel or the opposite?
If you lost your wallet and I found it, I would not commit
To stealing it, but if the tables turned then you would pocket it
See I been me for so long, but I still don't know who Hopsin is
How come I'm the one my teachers used to have a problem with?
I show my music to different labels, they ain't too fond of it
But in the underground I seem to get so many compliments
Say my name and it's like people get afraid and shook
But if you take a look you'll see I'm nothing like an angry crook
I'm learning hands-on, you busy with your face in books
I'm here to benefit the world so Heaven's where we're safely put
I'm not a devil, not speakin' in tongues
I just wanna touch your heart, I try to reach it in songs
I'm from where a child's future's in the streets with the bums
Because it's hard to become something so unique where I'm from

[Hook:]
When the sun's down
Nocturnal rainbows soar in the air so high
It may seem so that I can't see
But the darkness provides the light for me
I don't wanna be lonely
And the moon is my only homie
If there's a higher power then show me
Instead of nocturnal rainbows
photo 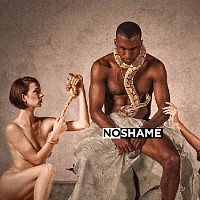 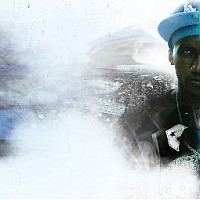 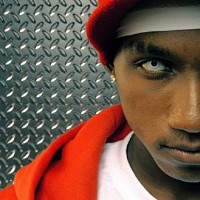 [Verse 2:]
Obama's president, so? What's he represent?
Just because the nigga's half black don't mean he's Heaven-sent
You're clueless to evidence and all the minds he's messin' with
His charm and smile hasn't got my ass up out this debt for shit
Frontin' like he's truly Jesus
And all you fools believe it
The change he's making isn't good, that's just how you conceived it
It's like we all broker than ever, it's due to reasons
Dealing with self-beneficial plans and the movement he's with
Illuminati, or whatever the fuck they go by
They're the reason real shit happens, and we don't know why
Why did Michael Jackson start his tour than have to go die?
How did rap music go from really good to so dry?
Real artists get shelved and wack one's get famous
To leave masses brainless, a smart mind is dangerous
In their eyes there probably ain't no real shit in your playlist
You're just a product of what the government has created
[Hook]
[Verse 3:]
We're all smart and we know what's bad and good for us
But yet when you got offered some marijuana, you took a puff
Your brain's a fucking powerhouse, but what? That wasn't good enough?
It's people like you who talk that "should've, could've, would've" stuff
You probably threw your life away cause you would rather get high
With no license or car, so you bum rides to get by
Saying "I should've did this" or "I shouldn't have hung with this guy"
"I'm broke as fuck, my rent's high. Ah, I should've realized"
I ain't being cruel, these situations that I address
I more than likely could be someone you admire, yes
But it's because the blood, sweat and all the time that I invest
We play the same game, difference is you never try your best
You don't have a skill, you set yourself up for a higher mess
I work around the clock, you slack off a lot for time to rest
You bullshittin' till your life is gone
Cause living's naturally hell, you have to work to put a smile on

Video was added by spiritek_93