Uh yeah uh uh uh chyeah, TURN ME UP!
Yoo, Just leave this shit up to me pal"

[Verse 1]
They call me hop, the king of this hip-hop
The moment that I hopped in the game and got hot
Rappers thought that they would be ruinin my plots
In this indusrty but homie I'm doing it 'vualaa'
Soon as I step up the flow, niggas know that I'm untouchable
With the mic Imma cut ya throat, guess its cuz I'm so rugged yo rugged yo
I'm keepin it real (fuck the dough [3x]) I'm lying homie I love it yo
I'm a beast at this, I ain't really unleashed it yet
Obviously I have I'm just bad at keepin a secret
And if you do wanna piece of this, budda you could recieve it quick
Yeah I know that chu sayin fuck hopsin hes a dick
I gave the sheets a click of how I met em off the game?
Imma rack it off the chain, till my records off to plays
Spread a web across ya name.
Make sure you suckin it, grab ya belt and buckle it, time to end all this fuckin shit

[Chorus]
I got some flows and they super duper nice,
Just gimme' a dope beat and ill be super duper tight,
Lace it up, sell it for a super duper price, WHY WHY
Cuz I'm $uper Duper Fly.
photo 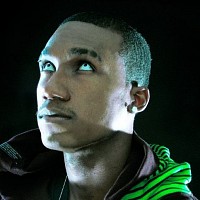 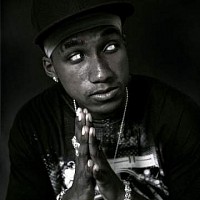 Hey I'm so fly, FLY, look at me flyin away.
I can fly, I can fly, HEY, I can fly, I can fly, HEY, I can fly
[Verse 2]
Not abomishing, throwers words astonishing
We coming in different change it up that's what I'm promising
Yeah you got potential and all a that but chu not as sick
Someone tell these lowdown and dirty fuckers who Hopsin is!
Its been awhile, feels like five hundred years
But the apocalypse is finally here, a lot of these queers just run around thinking that they hot
But they cold as fuck, when I drop that shits gon be over then ya'll gon know wassup
Niggas actin like that they hate to show love, till they find out what I'm capable of
I'm finna fizz up like bakin soda, put so much pressure on you niggas you'll be forced to exit the game, cuz my games is so tough
But chu muthafuckas is probably gon keep on coming back like roaches
But I have the potion, outwit you just like a pack of vultures
Cuz I rap ferocious ya'll lackin [?] that teeded in this
I bees the business what can I say I eave to win it.
[Chorus]
[Verse 3]
My image doesn't appear to be viscous, but just by hearin me whip this
I'm sure that chu could tell I'm lyrically gifted
Its a conspiracy, is it? definitely, if you step to dis me ill make sure you rest an ?? emcee
Evidently I'm known to kill this devil in me
You can tell its in me my flow has been mastered elegantly
If you fellas tip me its cuz you feelin the jealous envy
Next I put one thought up in before you sell ya cd
I wouldn't say that I'm the father of rap, but rap father died so I just adopted his ass
Since none a ya'll will take him in, watch what imma make of him
The nigga finna be the muthafuckin hottest thing again
Ya'll been treatin the game wrong, man hopsin ain't chya friend
I ain't taking back none a my words fuck who they defend
Ya'll claimin that you niggas from the hood and the streets
Then whys the fuckin game hollywood as can be?
[Chorus]

Video was added by Azazel-Andel