Here’s the story of a very old decree;
Forced on King John as he made off with the revenue.
Of us Barons;
And the aristocracy.
He took our land and for a lark held our sons hostage too.


Magna Carta. Magna Carta?
Told King John he’s got to be;
He’s got be subject to law, agree tax with us too.
Gave his seal. Gave my seal?
Then withdrew his guarantee.
Left to Henry Third and Edward First to pass it through.

And I would say 800 years;
a birthday worth 800 cheers.
Since 1215 Magna Carta’s been,
the foundation of our democracy.
photo 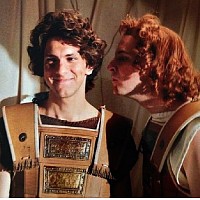 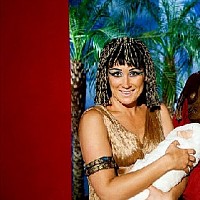 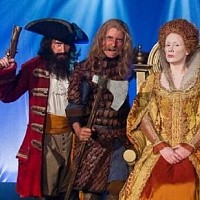 By 1500;
It reads as all men are free.
Even peasants just like me can tell King’s that is true.
For year’s it vanished;
Until Edward Cook, MP -That’s Me!-
Challenged Charles the First;
as his own powers grew.
You’d think that Crowell, Jolly Olly, would agree;
But instead he said:
Magna Carta? Magna Farta, more like not for me.
I’m Thomas Jefferson;
and Edward Cook is the bee’s knees;
Our American Constitution incorporated his decrees.

And I believe 800 years, has proved from ancient pioneers;
Best British invention of all;
Apart of course from soccer ball.
Magna Carta! Super-charter!
Magna Carta! It’s a part of;
What you’re taught at school.
Magna Carta! Just for starters!
Magna Carta! Nothing smarter!
Kings, watch how you rule.

Eleanor Roosevelt extended;
This letter to America.
Here’s the story, of a very old decree;
And now enshrined in UN Human Rights since World War Two.
It began as, help for the aristocracy;
Now it’s you and me and everyone one in the world too.

And I would hope 800 years;
Of freedom never disappears.
All hail this simple ancient law;
May it survive 800 more.
Magna Carta! Super charter!
Magna Carta! It’s a part of;
What you’re taught at school.
Magna Carta! Just for starters!
Magna Carta! Nothing smarter;
Magna Carta rules!

Lyrics was added by Odbornik1

Lyrics was corrected by Odbornik1

Video was added by MakyDrtikol