Hey Now, You're A Keemstar - lyrics

Somebody once told me that I could make some money
by bullying some poeple online,
so i grew a gnome goatee and put on a stupid beanie,
and started making up some dank lies.
so im making death threats and im calling people nigger
counting that cash so my channel's growing bigger
never you mind that I was already banned for my racist, homophobic hate speech rants. found a loophole, now it's my goal to poison the online punch bowl.
you never know who i might dox, so yall can suck on my cocks.


Hey now you're a keemstar, get your hat on, MLG
Hey now you're a keemstar, get your sociopathy
And all we care about is neeeeeews, personal attacks and harassment is totally neeewwweees.
"Like, I litterally wanna kill this dude. It's not a threat it's a promise, I want to fucking kill this dude"
"Oh, fuckin righteous fucking NIGGER alex is doin this shit!"
"HMMM, can't wait to report your death, HUHUHH, like seriously? what's wrong with you, asshole"
"everybody type in the chat alex is a stupid nigger"
photo 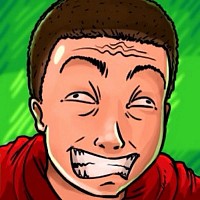 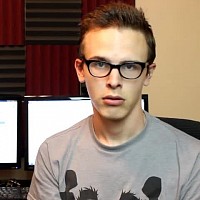 "I only do this show for money, that's it, alright"
"I don't do it to entertain people, That's just a fuckin' scam"
"I really hope you die of cancer, I hate every single one of you"
"FUCK THE FANS"
Hey now you're a keemstar do a trick-shot MLG
Hey now you're a keemstar eat your popcorn, goatee
And all I report is the news, If you can call this news
Somebody once asked could you spare me from harassment?
Your content is a fuckin disgrace, I said yep, and to save my
rep. I'm gonna bully you until you're dead. I'll gonna punch you harder than my girlfriend's faaaaaaaaace
Well, The hate keeps comin for the show im running, even if i get banned ill just keep on comin. Doesn't make sense to give up this shtick I make mad money from bein a dick. My revenue stream, it is my dream to take online gossip to the extreme. I'm a sociopath don't ya know. Ill do anything for a little dough.
Hey now, you're a keemstar, Get your keem on, keemstar
Hey now, you're a keemstar, you're an asshole keemstar

Lyrics was added by MaestroMichi

Videos was added by MaestroMichi