The mission set, there will be no return as the killers head into the night
They all must face the impossible climb, a sheer cliff 400 feet high

Caught captive in Mondracus it seems the enemy knows their plan
Back in control and on to Navarone, they leave behind a misinformed man 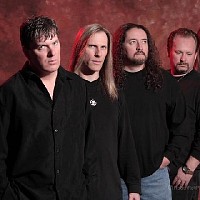 Mondracus burns in punishment for hiding out the killers five
On this night the silent one is a traitor and so she dies
The injured man drugged by Stolamine speaks of invasion on the southern side
The guns now left alone two men move inside and lock the massive door behind
Planting explosives all around the guns, a diversion from the real mother load
The containment room holding hundreds of shells, the elevator, and they explode

Videos was added by DevilDan