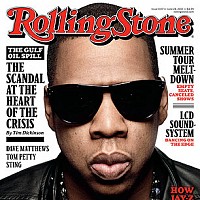 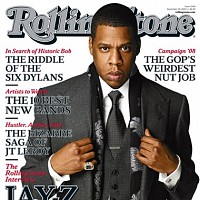 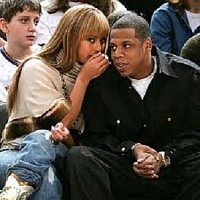 You talk me to death, only thing you can do to him
I open the door for them, what else can i do?
These n-gga’s want me to walk for them, somebody talk to them
Before I go off on them
[Chorus]
[Jay-Z]
I taught-em about fish scale they want me to fish for them
They want me to catch clean, then cook up a dish for them
All of this just for them, or they got a diss for him
They want me to disappear, like it’s gonna do sh-t for them
They say that i’m in the way, they want me to sit with them
But what they admitting is, they aint got sh-t for him
But really the fact is, we not in the same bracket
Not in the same league, don’t shoot at the same baskets
Don’t pay the same taxes, hang with the same b-tches
So how am i in the way, what is it i’m missing?
N-gga i been missing, n-gga i been gone
The shit that you just witnessed is the shit that i bin on
And as for the critics, tell me i don’t get it
Everybody can tell you how to do it, they never did it
Now these n-gga’s is mad, oh they call me a Camel
But I mastered the drought, what the fuck i’m an animal
Half-man half-mammal
My sign is a Sag, this is just what i plan to do
Oh don’t be mad
[Chorus]
[Jay-Z] -
I’m in the hall already, on the wall already
I’m a work of art, im a Warhol already
On another level, on another plane already
H-O-V i got my own lane already (already)
I done cooked up the rock already
So why the f-ck can’t ya’ll get hot already (already)
Put your name in the pot already, n-ggas compare me to Biggie and Pac already
Like im gone already and i am n-gga i’m already home already
If ya’ll can’t already see i aint worried about ya’ll cos i’m already me
Do you already, enough of the complaining bo-who’s already
Eat food already, aint nothing given you gotta claim your shoes already,

Lyrics was added by gavino