Shore to shore, got some land between
Island life is living from a cup of broken queens
Hit the jackpot rolling through a pipe dream in a knot
And I'm missing what was pissing up the wall that I forgot
I forgot, I forgot


I am the bus driver, give me some grace
You've never seen me and you don't know my face
She was no Katie Harrol it was cold, it was blue
And it only happened despite me or you
Me or you, me or you
Smoking paper to the crimson flashing bars
Drinking cocktail wine or cottage cream and passing strangers' cars
Live in one room housing with a roof to meet the sky
Spelling Jesus won't you please us 'cos you seem a damn nice guy
Damn nice guy, damn nice guy
photos 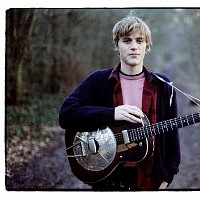 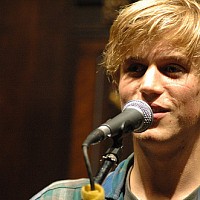 We listened to passengers stamping old songs
And we lose what's to lose when you haven't done wrong
Drums too slow for a funeral beat
No strumming of strings and no stamping of feet
Of feet, of feet
It's awfully considerate of you to think of me
And it's not so hard to see you smoking fags and drinking tea
It's the crummy lost at seasick with a floating on the waves
To join the other flotsam with the ripped up queens and knaves
Queens and knaves, queens and knaves
There lies a lady, she's gone and she's gone
She'll be a fine lady before too long
But I hit her head and she finished her walking
She shouldn't be dead, she was too busy talking
Busy talking, busy talking
They can fill a cup or two and still disturb the peace
It's never made it all the way from shore to shore, from west to east
I read that independence was a lightness in your step
You walked away, I felt so heavy at the start of every day
Every day, every day
I've been waiting an hour and the bus hasn't come
I've been cursing my God for the lack of the sun
I've been ruined by destiny, lowered by fate
And the upshot of this is I'm going to be late
To be late, to be late

Lyrics was added by samorost

Video was added by samorost