[Juvenile]
I'm pot, and I can't say shit about skillet
If you got a spot movin sellin bricks I can feel it
Done mapped it all out, done made some phone calls
We all got big dreams of seein the project ball
After all, seperation is the downfall
Instead of a chain of command niggaz wanna shot call
That overnight money could be lose-your-life money
Everybody want the crooked instead of the right money
And then I ain't no better either, cause I lead a
life of crime if I gotta fight for mine
Look - somebody ain't leavin with a stripe this time
Y'all don't want a drunk nigga gettin hype with nines
My ex-girl done told me I can't see my children
I hope nobody play with me cause I might kill them
Shit, motherfuckers ain't never satisfied
If you think niggaz don't have problems - they lied 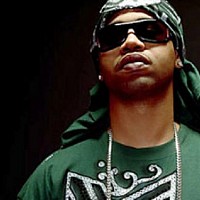 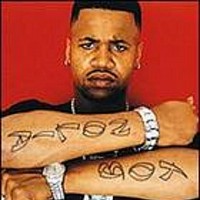 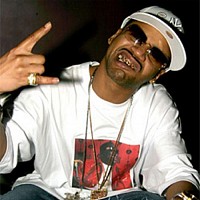 [Chorus - 0.75X]
[Juvenile]
I'm the motherfucker killed your boy, and what?
You gon' do somethin bout it? Bitch nigga then stand up
I'm not responsible for all the people that's gon' bitch out
And innocent bystanders, that be up on yo' blocks
Ain't no encyclopedia could teach me the hood
How to not give out no credit and distribute the goods
How police gon' hound me, investigate 'round me
Catch me with a firearm them bitches gon' down me
And I'm beefin with the biggest nigga in the city with work
Ain't no tellin who he got workin for him in (?)
If I hurt, then you hurt, you got work? I take yours
I gotta records durin the season like the Lakers
It's not for fun I got a gun you try to run I'm poppin one
I'm to' up from the flo' up, just look at what the block done done
I can't sleep - cause I'm too far in it
I took over this motherfucker cause I knew y'all finished
[Chorus]
[Juvenile]
F'real man I ain't tryin to disrespect none of you niggaz out chea
If you do what you do, do it well
KnowhatI'msayin? I ain't playa hatin I'm congratulatin
I'm tryin to teach you niggaz how to get offa these streets
And how to accumulate money, so you can be successful
like the rest of these niggaz that are out chea, that's on TV
These niggaz on MTV, BET, The Box and what have we
All you niggaz could be successful
But I want y'all motherfuckers to know we suffer just like y'all
Man we go through it, we been through it
But I'll slang iron if I gotta protect mine, believe that

Lyrics was added by MisinkaBa

Video was added by MisinkaBa