You Made Me Do It - lyrics

The Ballad of the Dead Man

Mental disorder
Psychiatric disease
Violent compulsions
They’re all part of me
It’s easy to judge this
Accuse, disagree
You all turn your back when
You should have helped me


They say it’s in my brain
My way, my destiny
Written in my blood
My flesh and my dreams
The truth is I grew up
Emotionally abused
Tearing my soul down
All thanks to you
Maybe there was another way
But I took their lives because
[you made me do it]
photo 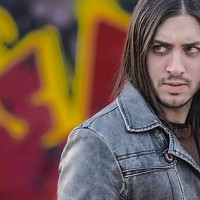 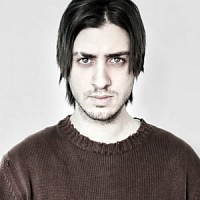 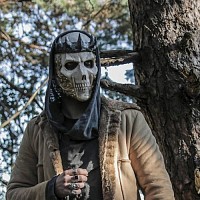 Zero remorses
Lack of empathy
Memory lapses
Delusions of control
You thought I was harmless
The neighbor next door
While in my basement
I’m hiding your corpse
I’m sorry but it’s late
To redeem me from my sins
There is no good, There is no bad
We live right in between
I really wish that I was dead
But I can’t kill myself
So it doesn’t really matter
if you cannot understand
Maybe I deserve to pay
But it doesn’t feel right cause
[you made me do it]
(Jeffrey Dahmer)
"Your Honor,
It is over now. This has never been a case of trying to get free. I didn’t ever want freedom. Frankly, I wanted death for myself. This was a case to tell the world that I did what I did, but not for reasons of hate. I hated no one. I knew I was sick or evil or both. Now I believe I was sick. The doctors have told me about my sickness, and now I have some peace.
I know how much harm I have caused. I tried to do the best I could after the arrest to make amends, but no matter what I did I could not undo the terrible harm I have caused. I feel so bad for what I did to those poor families, and I understand their rightful hate.
I decided to go through this trial for a number of reasons. One of the reasons was to let the world know these were not hate crimes. I wanted the world and Milwaukee, which I deeply hurt, to know the truth of what I did. I didn’t want unanswered questions. All the questions have now been answered. I wanted to find out just what it was that caused me to be so bad and evil. But most of all, Mr. Boyle and I decided that maybe there was a way for us to tell the world that if there are people out there with these disorders, maybe they can get help before they end up being hurt or hurting someone. I think the trial did that."

Lyrics was added by Matthew_Cz

Video was added by Matthew_Cz

The Ballad of the Dead Man